It was announced today by ApplenBerry via their Facebook fan page. So get ready folks your expensive iPod touch (with 4.11.08 BB) soon will be converted to your usable iPhone :). 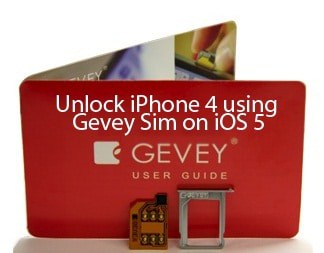 All UnlockBoot’s followers are happy with this news, that a new Gevey SIM will unlock 04.11.08 baseband.

This news will put off most of those scamers who were thinking to create news ways to scam people by showing fake unlocks but remember there might be some who still would try to scam you.

Now the question that remains is when is the new Gevey SIM that will Unlock iPhone 4 baseband 4.11.08 going to be released. Applenberry has not confirmed the release date but according to some of our sources.

We still have no ETA on a release date for the new Gevey SIM that will unlock 4.11.08,but according to some sources, it might be somewhere between mid-to-late February ,but it`s not confirmed yet and as ApplenBerry said before,when the unlock is released,they will announce it on Facebook and Twitter.

And like we said before,if you are looking to unlock your device, don’t upgrade your firmware, Apple might release a new firmware upgrade which could upgrade your baseband.

In the mean time folks do not upgrade to any firmware, as previously hinted by many posts Apple might release a new firmware upgrade which might upgrade your baseband.

Just follow UnlockBoot and be first who have Unlocked 04.11.08 baseband, we hope that soon will post full description and tutorial.

Update: You can Factory Unlock your iPhone Now.