Even though Apple has a service to find a lost iPhone in the form of Find My iPhone, it doesn’t prevent theft from taking place. To avoid it, thieves simply need to turn off the stolen device. 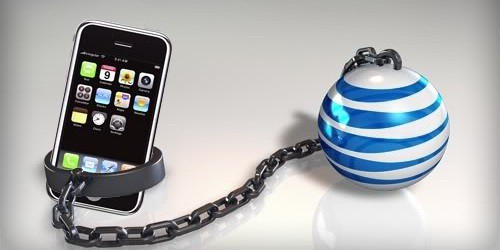 However, Cabel Sasser thought of a solution, which was a “Shutdown Requires PIN” feature in the Settings of iOS. Now AT&T has come up with an effective solution that would keep the thieves away for longer.

Louis Goddard from The Verge states the carrier will be launching a new service for reporting and blocking stolen devices starting from Tuesday, July 10th. This news came from a trusted source. The service will enable users to deny SMS access, voice and data to any individual tablet or phone while keeping the account intact, avoiding a full SIM block.

Our Partner OfficialiPhoneUnlock can Unlock iPhone 4, 4S, and iPhone 5 on any baseband and iOS firmware including the latest firmwares.

Apart from that, users with remote data wipe apps would be required to activate them before the device is suspended. This will prevent access to their personal information. AT&T ‘s new service is likely to be a part of Federal Communications Commission’s (FCC) April initiative which aimed to create a joint that would keep track of stolen handsets and lost ones as well.

As FCC states, 40 percent of all robberies in major metropolitan areas are smartphones and tablets, especially pricey ones such as the iPad and iPhone.

Let’s see how this service works out! Meanwhile, many of you would know AT&T is offering a free unlock solution to unlock your of-contact iPhone 4 / iPhone 3GS / iPhone 4S. It is the most effective unlock solution and is legit. Other unlock such as Gevey SIM, R-SIM, Rebel Micro SIM Pro and SAM unlock doesn’t work anymore. So take advantage while AT&T is still providing free unlock solution.