By this point, you should know for sure what the type of relationship between Apple and Samsung is.

Clearly, you should be familiar of this because these two giant tech companies have been completely locked on an eternal legal battle that is about which company cloned which. Check inside for iSung Galaxy 5 Concept Smartphone … 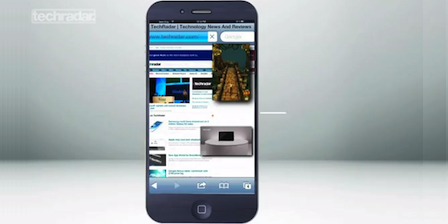 Not clearly only that, both companies contain flagship smartphones that can be directly competing and even currently dominating market trends. Let’s suppose that, at a highly unlikely scenario, Apple and Samsung will join hands for making the greatest smartphone ever?

The guys from TechRadar think that instead of this severe competition and ongoing court processes, what if Apple and Samsung joined forces together in order to create a new smartphone instead? By connecting the ideal features and parts of both the Samsung Galaxy S3 and the long-rumored iPhone 5, a smartphone concept will be created. Presenting that iSung Galaxy 5! Take a look at the video below:

The smartphone presented in this video features a more recent, larger screen that is definitely rumored to become the major key point asset of the next iPhone. This is providing the device in the video to deal with more apps at each page. The shape factor is a combination of both an iPhone and Galaxy 3.

The metal and glass design is actually lifted from the iPhone, although the thinner form thing is from Samsung’s smartphone. Other slight details have been added just like the inclusion of a SD card slot, which has been around in MIA since the iPhone was first brought as a product. As TechRadar informs, the iPhone could certainly make use of faster camera shutter and even NFC technology although S3 could make use of iPhone’s elegant model. Although many of you certainly will agree that the name is quite terrible.

What is likely to expect, this concept becoming a reality is much like “when pigs fly” category. But this is actually a fun, harmless look at things in the event, these two icon tech companies might indeed join hands and forces and take this idea at producing a revolutionary smartphone.

What do you think about iSung Galaxy 5?