Customization is one of the reasons why people jailbreak their iPhones. Of course, when it comes to customization, you can’t forget Saurik’s Winterboard. After a long wait, it was updated to iOS 8. 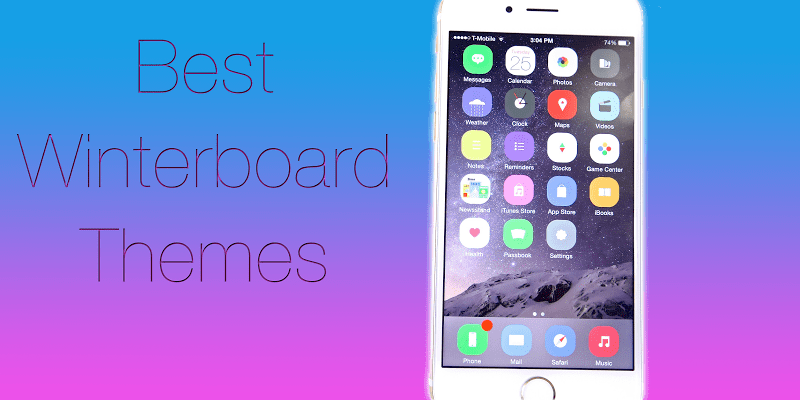 So today we’re doing a roundup for the 10 best Winterboard themes that have been confirmed to work with iOS 8. So let’s jump and see what they offer. 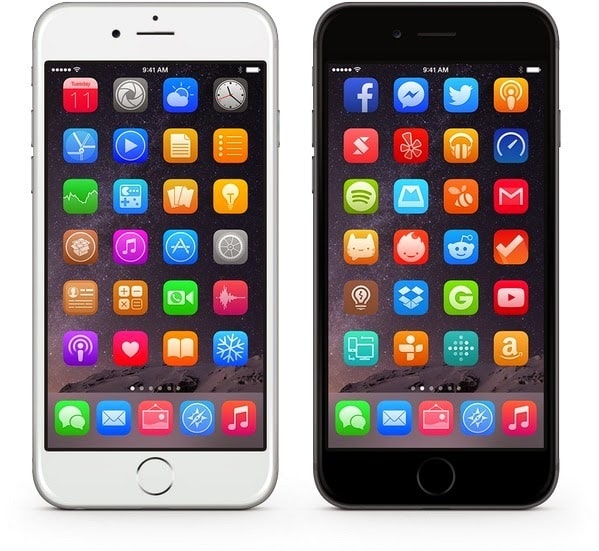 This is the next version of Axla. Axla 2 works on iOS 8 and is a nice offering for those who want a colorful theme. It now works with iPhone 6 and iPhone 6+ and offers 350 themed icons. It’s available at the MacCiti repo for $2.99. 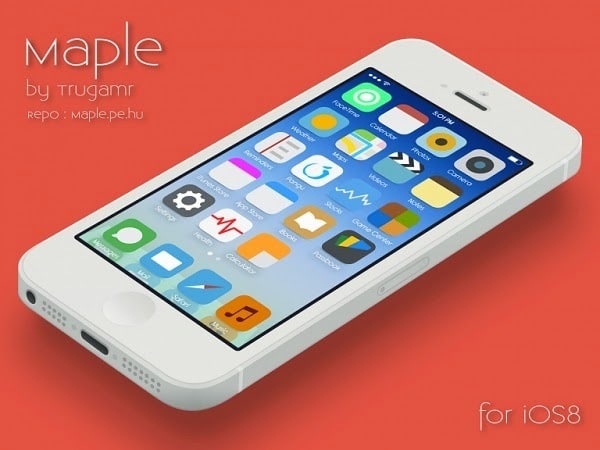 This Winterboard theme has been kept on the minimal side of things, and follows the design of the new iOS aesthetic. The user is also presented beautiful minimalistic icons. The theme changes the app icons, which include both third-party and stock app ones. It’s currently in beta and is available for free from the Cydia source: http://maple.pe.hu/. 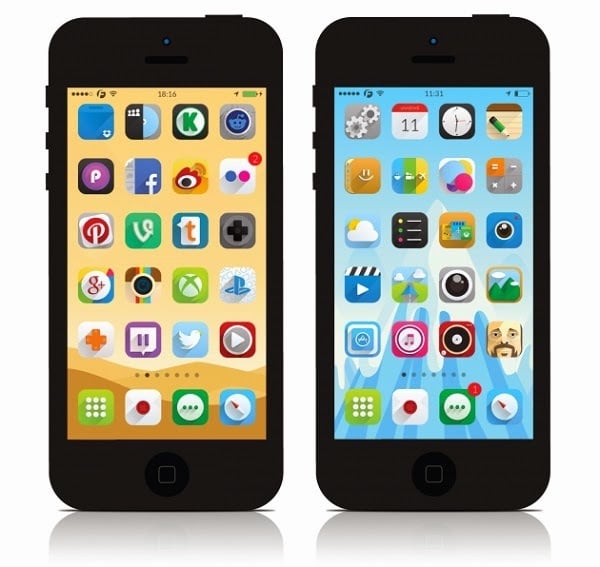 This Winterboard theme includes a quirky animated appearance and shadows. The user gets more than 350 themed icons, eight wallpapers, widgets, and more. Ambre is available in Cydia’s MacCiti repo for $3.49. 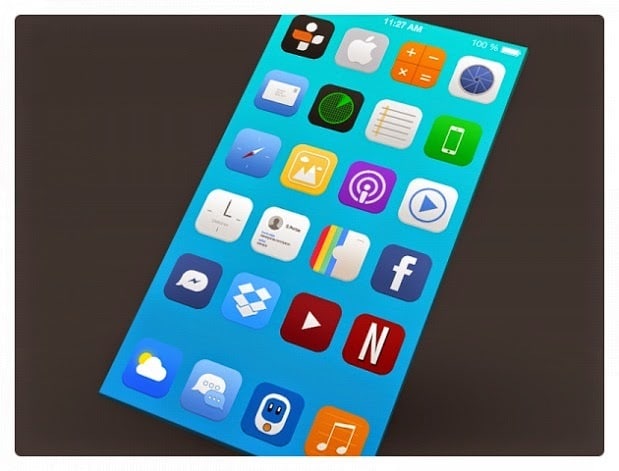 One of the most popular themes for iOS 7 was Satcon 7. Satcon 8 is the updated version so it works with all new models including iPhone 6 Plus. While still in its early stages, the creator Satrop is expected to bring updates so as to add more elements to the UI. You can get Satcon 8 from the BigBoss repo for $0.99. 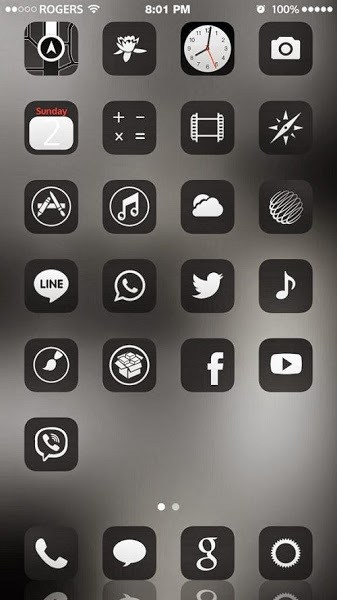 If you don’t like a colorful theme, you can check out Obscure 7. This is a black and white theme that was updated to iOS 8. It doesn’t support iPhone 6 Plus, but on other devices, you can have the sharp-looking icons supported by a gradient or solid colored background. This theme can be downloaded from the ModMyi repo for $1. 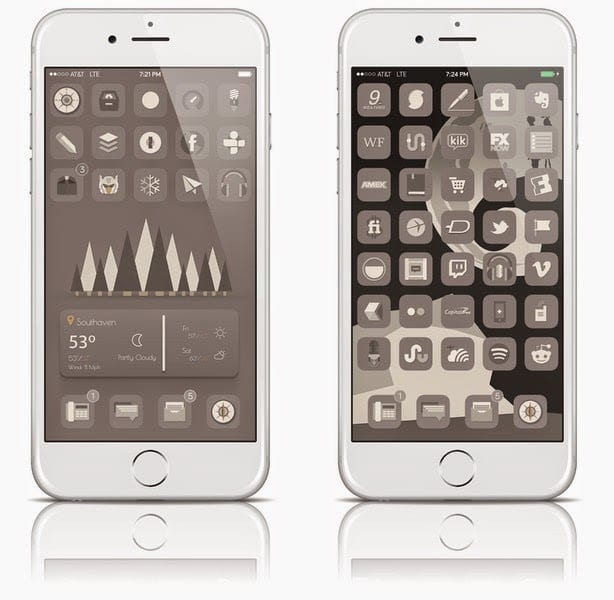 When it comes to unique Winterboard themes, Zen 8 is right up there. It brings shades of grewy and crème, and comes from a developer who is one of the best modders out there. Coming from JunesiPhone, you’ll know its high quality. The theme works on all new models of iPhone. You can get Zen 8 from Cydia’s MacCiti repo for $2.99. 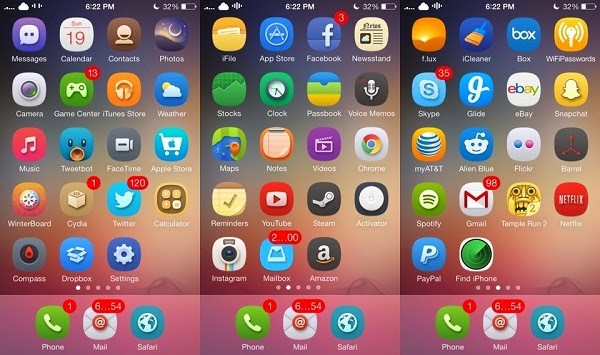 Aura makes significant changes on iOS environment. The look and shape of the icons are resigned. And the theme has 200 highly detailed icons which include popular third-party ones and detailed stock ones. The theme also applies a mask to unsupported icons to make sure they don’t look cluttered. Aura is available in the ModMyi repo for $2.99. 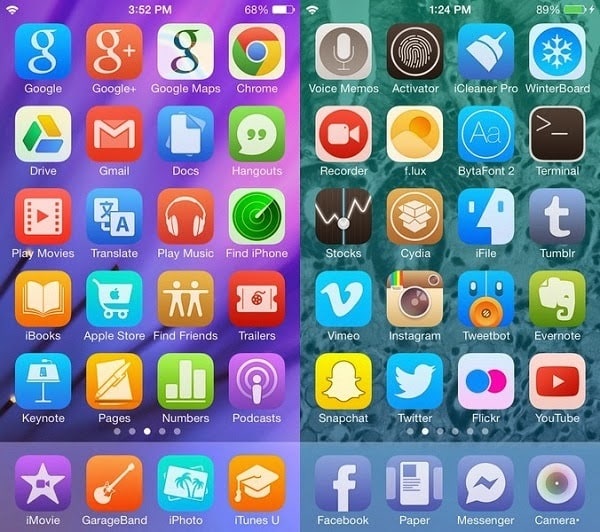 The name says it all. This is a great theme for users who prefer a mellow but lovely theme. The all-around theme covers most elements in the iOS 8 UI. It’s available in the MacCiti repo for $2.00. 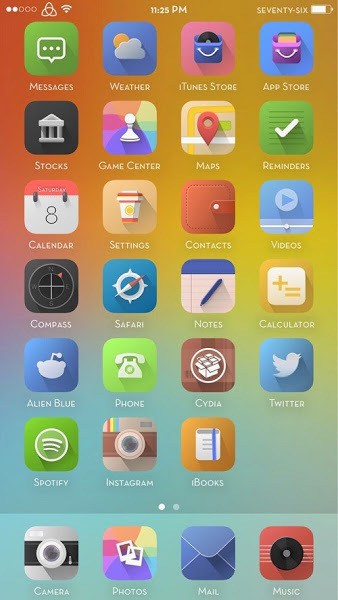 Made by @IconixDesign, the theme offers long shadows and is complemented by unique soft colors. Like the name, the appearance exudes somewhat cartoonish theme. It was recently updated for iOS 8 and the developer said support for iPhone 6 Plus, which is the only unsupported device at the moment, will come soon. Mocha is available from MacCiti repo for $1.50. 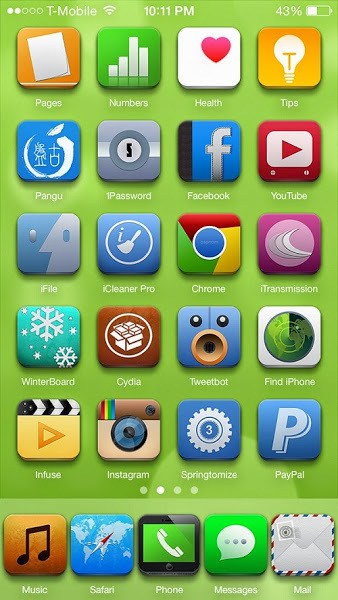 This is a theme that creates a happy balance between the flat and the old skeumorphism. Users who are not happy with the iOS 8 flat design can get this theme to spruce up things. However, this theme doesn’t support iPhone 6 Plus and iPhone 6. It’s available at MacCiti repo for $0.99.

That’s all for the list. Do you have some favorites? Feel free to share them in comments.

Guide to Install Themes on iPhone Without Jailbreak