Admit it, the award for mobile device modification and customization at a user level goes to the Android ecosystem. The highest outlook change on an iOS platform is getting a new bumper for the device, or changing the background image and that is all. If you use an iPhone, chances are you had been bored of the phone’s outlook for quite many times, and ended up doing nothing but changing the wallpaper and getting a new bumper. Learn how to install themes on iPhone without jailbreak today. 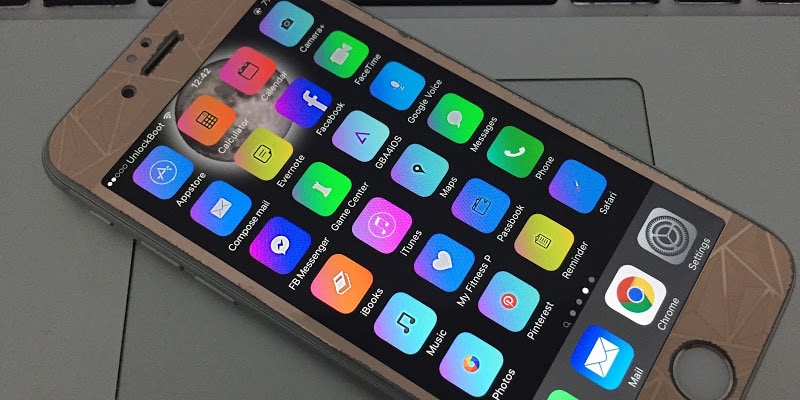 Available Ways to Install Themes on iPhone Without Jailbreak

Well, you don’t have to keep doing the same thing over and over again. On jailbroken iPhones, there are actually apps and options using which an iPhone user can enhance the outlook on their iPhones by changing the icon packs, background and overall appearance to a certain extent. However, plenty of people use the latest iPhones with non-jailbreakable iOS versions. With the new apps in the app store, even these versions of iOS could now have an app installed to get a theme pack.

How do these theme packs work?

Apparently, the iOS look modification apps available in the App Store for non-jailbroken devices don’t really change the actual theme, instead it just creates a different icon for each of the installed apps on an iOS system. The old app icon is replaced with the new icon, and is linked to the app so that user can simply launch the app from the home screen by tapping the icon like everyone typically does. There’s no reason to worry about this pseudo-theme installation as well, because the procedure is entirely reversible and the iPhone could be taken back to its original state just by tapping few buttons – it’s no issue at all.

And as stated earlier, no jailbreaking is involved in any of the procedures in this article.

Procedure to Install Themes on iPhone Without Jailbreak

Looking for apps in the App Store for this specific purpose might be an easy idea, but we would instead try a different way.

Conclusion: This method gets the work done at minimal hassle, however having a jailbroken device would be able to entirely change the theme of an iOS device with higher level of perfection.