The Apple Company recently released their anniversary edition iPhone with tons of new features in which the Face ID or the facial authentication mode was the most anticipated. Let’s face it! Security has always been a concern and whether you are an iPhone user or prefer an Android device – no one wants their personal information breached. 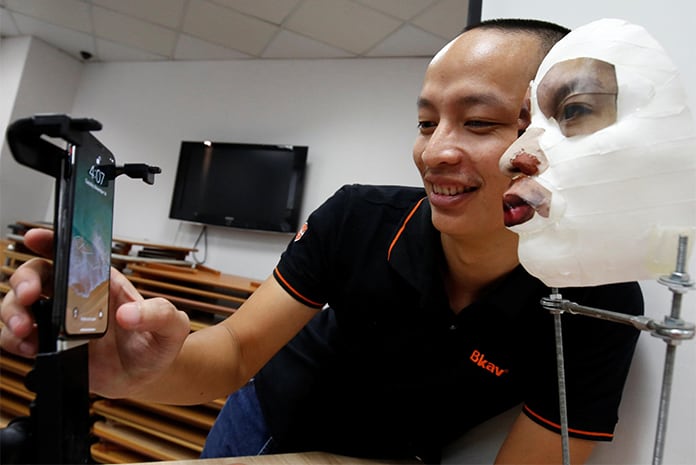 The new feature allowed iPhone X users to unlock their phones through facial sensors which recognized the user’s faces. The new feature replaced the former fingerprint sensor that had been used for many years and truthfully – was efficient as marketed.

Unfortunately, just after a week of its release, Vietnamese Security firm Bkav released a blog post along with a video which shows that a 3D-printed mask is able to trick the iPhone X into unlocking giving the hacker access to the phone owner’s personal information along with their bank details. The mask is said to cost around $150 and is made up of printed plastic, silicone, and paper cutouts.

The news of a potential hack has alarmed most iPhone users but The Telegraph thinks to the contrary. According to them, the video released by Bkav does not show Face ID being set up and thus does not confirm if the technique that’s shown by Bkav actually do work.

The new feature has already caused embarrassment to the company during the unveiling ceremony. As planned, the company’s Senior Vice President Craig Federighi narrated a host of benefits about the Face ID in front of the audience present at the event. However, trouble started during the demonstration procedure when he was told to enter the code for unlocking as the Face ID feature was unable to recognize him.

Whether the new feature works as expected or not, only time will tell but when we contacted the company regarding Bkav’s findings, the representative from Apple refused to comment.

What do you think? Is the new Face ID feature vulnerable to hacks or the Apple Company has once again succeeded in creating another innovative piece that helps it stand away from its competitors. Let us know your thoughts in the comments section below!