Dropbox is a vital app in times of excessive storage for file and documents. You can install Dropbox on your Mac, Windows, Linux, iOS and Android device. You can also access your content online without installing the official app. Here we will show you all the ways to get more Dropbox space free. 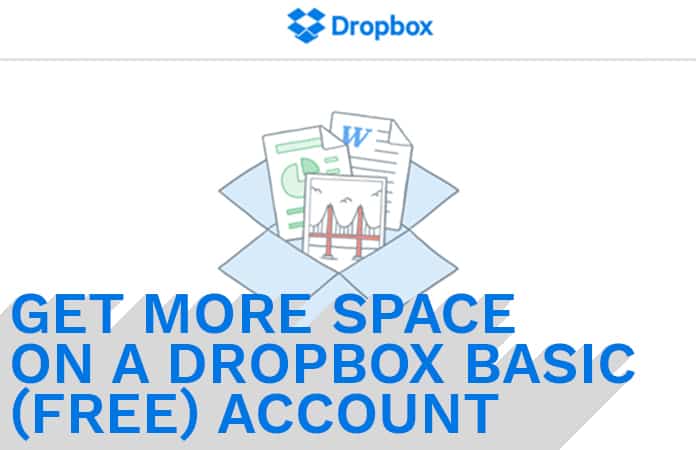 Get 2GB of Dropbox space in less than 5 minutes

If you have just 2GB of available space, here’s a quick way for you to almost double it. After you have created a Dropbox account and downloaded the desktop client visit this page and then go through these steps: 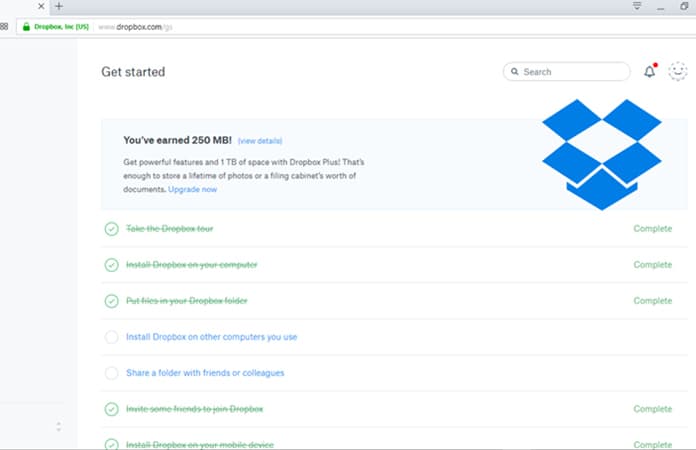 How to Get more Dropbox Space up to 40GB

Below are 5 ways to get more Dropbox space for free. You need to complete the following tasks to get up to 40GB for free:

1. Refer Friends – Get Free Dropbox Space up to 16GB 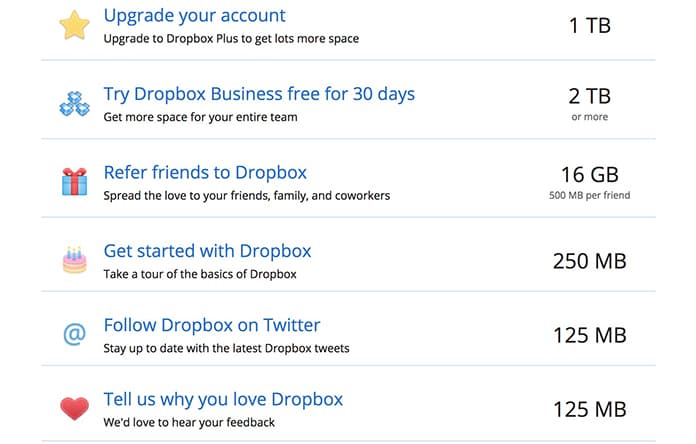 The way it works is that if you share your unique link with a new friend, you get 500MB worth of space for every person that signs up and installs Dropbox. A special package is you can get 16GB of space by inviting 32 people, which is why you should share it on a social media platform and even install Dropbox on all your family members’ computers. A sneaky way of going about this is by setting up a Facebook account with the Dropbox logo as the profile picture, connecting it with Tinder and putting your link in the description.

At some point last year, Dropbox took over the mobile start-up Mailbox so to get more Dropbox space (in this case 1GB) install the Mailbox app for iOS or Android and just link your Dropbox account with the app to have that gig. After receiving that 1GB, you can delete the app.

3. Visit Dropbox Keynotes and get Up to 50GB of free Space 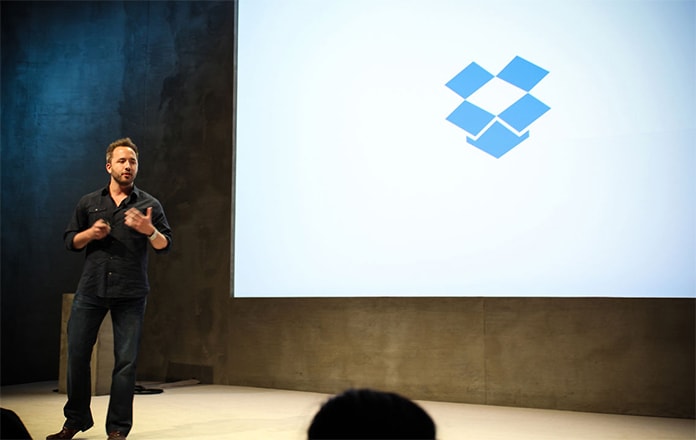 During the Dropbox keynotes, sometimes they give away up to 50GB of free Dropbox space to all people who visited the presentation. It’s not confirmed that they are giving away free storage space on every presentation. We read online that this happened in Germany, Netherlands, and US. So you can visit the next keynote and get free Dropbox space.

4. Use Dropbox on your Samsung or HTC mobile device – up to 48GB (expired)

Dropbox partnered with Samsung and HTC for cross-promotion so they came up with something pretty great where if you’re the owner of either a Samsung or HTC device that came with an installed Dropbox app, you are eligible for the following promotions which you can go to through these links: Samsung promotion or the HTC promotion

These are the requirements and rewards for the HTC or Samsung promotion:

You just need to complete five simple steps from the Get Started guide to get more Dropbox space for free and you can only avail these GB’s once. You will be getting an email for the free space you have received and you can’t avail it through multiple accounts.

5. Lookout for Challenges on their Blog

Seldom Dropbox launches different challenges for Dropbox users and you can get a hefty amount of 15GB’s off of it. These challenges are usually announced on the Dropbox blog so if you don’t intend on missing the upcoming Dropbox challenge.

Hope the above step helps you to get more Dropbox space for free.

Guide to Clear Dropbox Cache on iPhone and Android