A strange incident happened recently in Italy. According to the popular Italian blog iPhoneitalia.com, a local resident by the name of Bernardo was the victim of exploding iPhone 3GS smartphone. 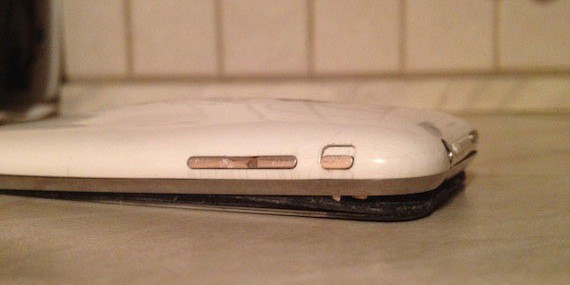 The explosion of the battery, which caused the rupture of the entire terminal, occurred after upgrading to iOS 5.1.

Logically it should be of pure randomness, the fact is that immediately after this update the device began to shut itself off, without battery warning and must be used to connect the socket. To solve the problem, Bernardo attempted to upgrade to the new iOS 5.1 firmware through iTunes, but without success.

After a few days, user goes back to the iPhone 3GS,  it discovers an actual swelling on the back, because the internal battery explosion which caused the separation of the display and actual burns that can be seen on the body.

This is a rare occurrence, but in recent time appears to be happening more often on iPhone 3GS model. Be careful what you do with your iPhone!