The smartphone Galaxy S6, along with the device’s variant Galaxy S6 Edge, curved on both sides, was recently displayed by Samsung at the MWC 2015. If you look at the design you can easily see many things similar to the Apple’s iPhone 6. On first glance the new Galaxy S6 can be confused as a product by Apple. Let’s go deeper into the design and the specs it has to offer! 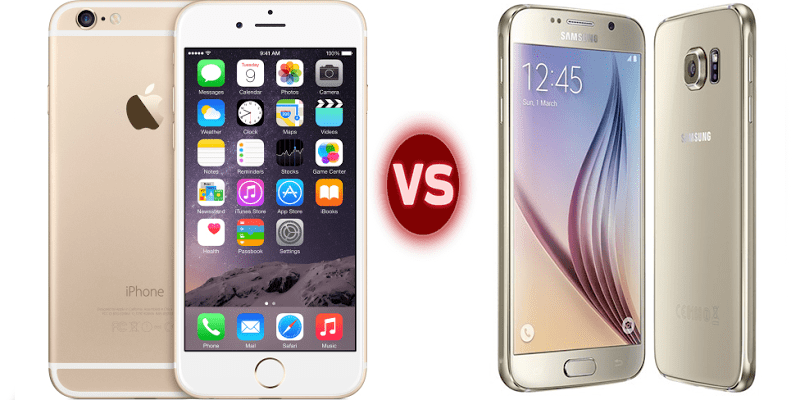 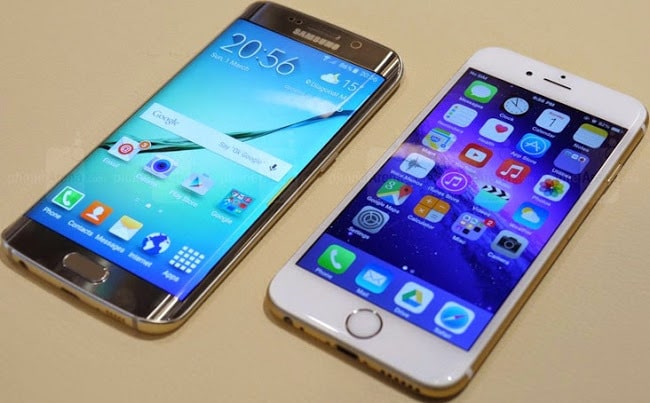 Both Galaxy S6 and the Galaxy S6 Edge have the Corning Gorilla Glass 4 making up the front and rear panels. The side frame is made of metal. The new device has a rounded bottom with a hole for speaker, connections for cables, and audio jacks. These things make the design quite similar to the iPhone 6. 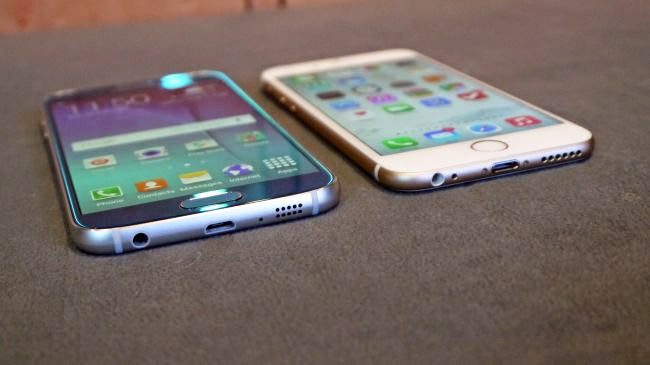 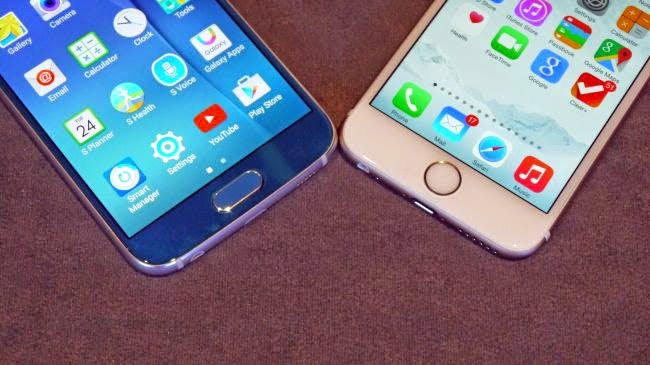 According to The Verge, even the camera’s position is similar to that of iPhone 6 and many elements of just the Galaxy S6’s shell resemble that of iPhone 6. The ‘Home’ button is present below the screen and hides the fingerprint scanner. This works in a similar manner to the Touch ID found in the iPad and iPhone, allowing the user enough space to put a finger on the biometric sensor. 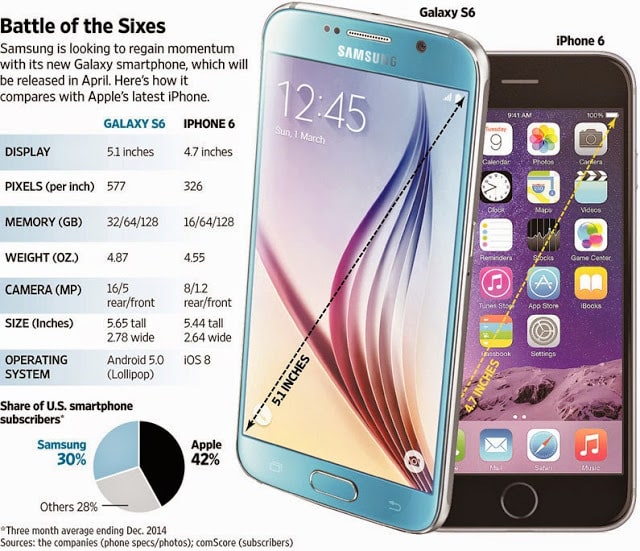 Support corporate payment service is another similarity. The new mobile payment platform – Samsung Pay is used by both Galaxy S6 and Galaxy S6 Edge. MFT, or the NFC technology, carry out communication with the terminal which in turn makes the possibility of using Samsung Pay wider than Apple Pay. This is because iPhone supports 220,000 retail outlets in the US for payment purposes while 30 million outlets are supported by Samsung. 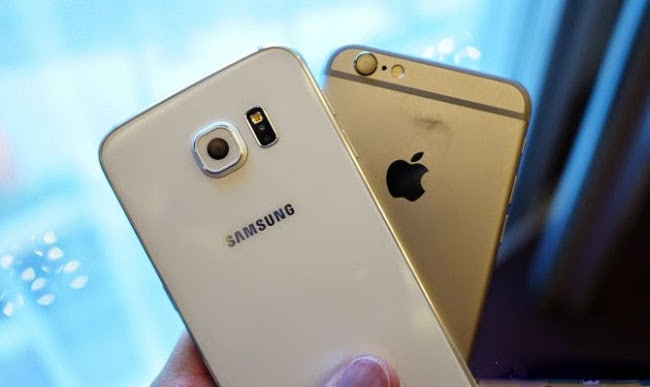 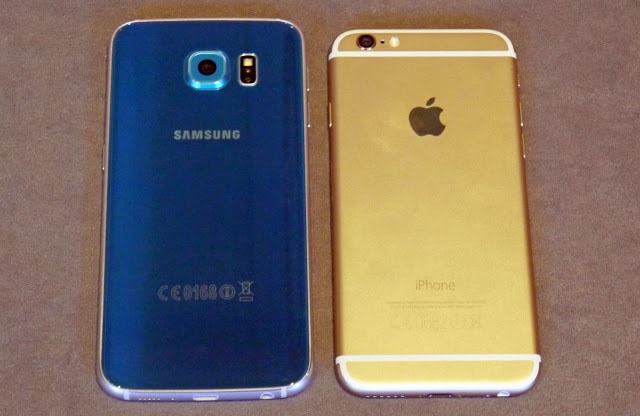 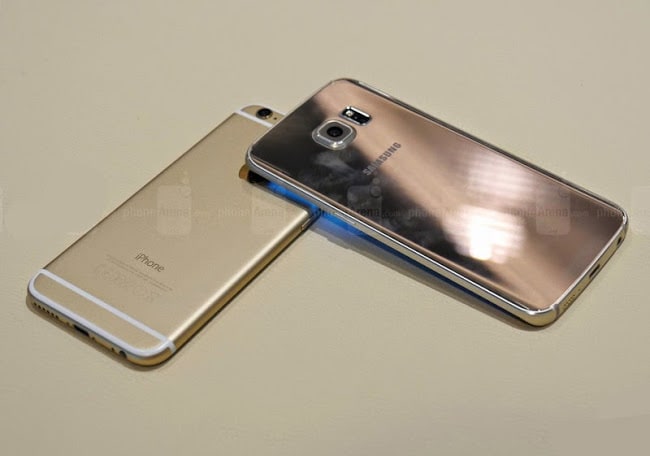 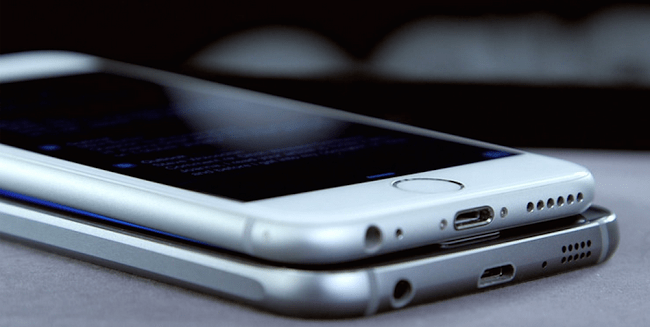 If you look at the comparative specs of Samsung’s and Apple’s new mobile devices it seems Samsung is ready to offer more to users. The Samsung Galaxy S6 features a wider display of 5.1 inches compared to the iPhone 6’s 4.7 inches. The new device also has 577 pixels per inch which is more than the iPhone 6’s 326 pixels per inch. While the Galaxy S6 weighs a bit more than iPhone 6’s 4.55 oz. the new device has better front and rear camera, and is taller, being a total of 5.65 inches in height and 2.78 inches wide. The Galaxy S6 will operate on Android 5.0 (Lollipop).

Galaxy S6 and Galaxy S6 Edge will be globally available starting April 10, 2015. The company will be launching this summer but only in South Korea.