You might have heard about the launch of iPhone X by Apple. People are still ambiguous about how to pronounce the name of this new gadget. Should it be called iPhone X? Or, can it also be pronounced as iPhone 10? 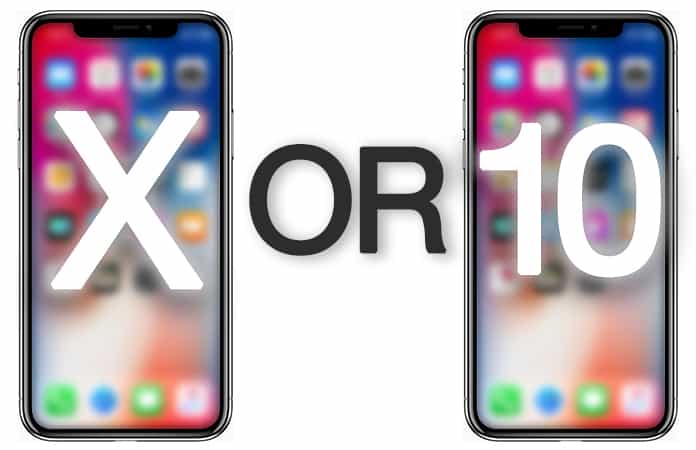 Well, this is not the first time, Apple Company did this. The company launched operating system named Macintosh Mac OS X, not Mac OS 10 in 2001. Back then people called it Mac OS X, however, it was pronounced as Mac OS 10.

Apple Company decided to name it as “iPhone X” because of its 10th anniversary of the company. They want to commemorate the occasion by naming their new product as “iPhone X”.

Sometimes, it’s hard to change the old habits, even when they are not right. For almost ten years, I myself have been saying it Mac OS X, instead of Mac OS 10. Remember, it’s never too late and there is nothing wrong in correcting yourself even after a decade.

We hope that company did not intend to make our lives glummer with the launch of iPhone X. You may not be a nerd, but pronouncing iPhone 10 properly can gather you some respect among the IT officials.

In short, new iPhone X should be pronounced as “iPhone 10”, instead of “iPhone X”. As X is the Roman numeral for 10, so, one should remember to pronounce it accordingly.

But hey, however you pronounce it, know that it is the most powerful iPhone ever made, and it’s going to sell out really quickly it arrives on the shelves.

What Happened to the iPhone 7S and iPhone 9?

The S variant by Apple is gone for 2017, at least, and this isn’t a surprise. Samsung’s Galaxy S8 came earlier this year, and 15th September will be the date of the Galaxy Note 8 launch, as well as the date when preorders for iPhone 8 begin. Battling Galaxy Note 8 and Galaxy S8 with an iPhone 7S Plus and iPhone 7S doesn’t really make sense at the moment.

Apple is doing a great marketing campaign for this year’s devices, similar to what Microsoft did for Windows 10. The Windows creator went straight from 8 to 10, but Microsoft encouraged Windows 7 users with this approach. Having a PC with Windows 7 installed when a professional Windows 10 is out didn’t seem all that pleasing. The marketing trick was also to encourage free updates. The release of new iPhones with new names mean the naming game next year for Apple will be fascinating. Will we see an iPhone 9, 8s, or an iPhone XS? We’ll find out in 2018.

I hope you enjoyed reading this article, please share it with your non-nerdy friends and don’t forget to like. Leave your non-geek comments below.