Siri is an intelligent voice assistant for Apple devices. Beginning initially with the iPhone 4S, the artificial intelligence based assistant now makes it to the Apple Macintosh as well – which means now your MacBook or other Macs can intelligently pick up your ‘pick up lines’ and respond to them naturally. 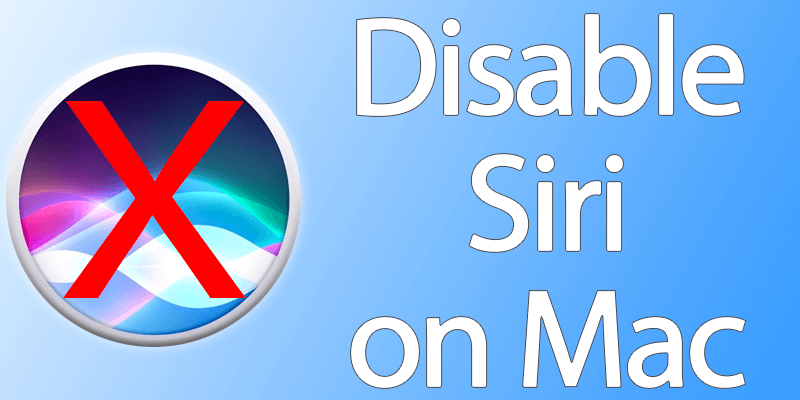 However, that also means Siri would be hearing you pretty much all the time although it won’t trespass to your privacy and security; however that may not be okay with everyone. If so, a Mac user can easily turn off Siri on their Mac and remove the Siri icon from menu bar as well. If you own a brand new 2016 Macbook Pro, the Siri icon would be removed from the Touch Bar as well. Follow the step by step guide to disable Siri on mac OS easily.

Disabling the Siri feature in macos Sierra is kept easy and simple. Only a tweak in the settings, and off you go. Siri would be turned off and won’t wake up to the call sign ‘Hey, Siri!’ anymore. People who don’t use Siri on a Mac could turn it off following these procedures:

If you want to keep Siri running but don’t want the icon in the Menu Bar, Dock and the Touch Bar then only uncheck the ‘Show Siri in Menu Bar’ box but keep the ‘Enable Siri’ title checked.

Want the Same for iOS as Well – Do the following Steps:

Having Siri ready at a fingertip’s press is very handy and useful, however it could save some hardware resources if Siri isn’t used much. To turn off Siri in an iPhone or iPad, do the following:

Conclusion: Following the procedures mentioned here, an Apple user can turn off Siri in their Macintosh computers and iOS devices as well.