With the development of latest technology platforms, a lot in the older ones are getting obsolete. For example, if you had been a fan of the Gameboy Advance gaming consoles from Nintendo that ruled the market more than a decade ago, you probably miss the games that made your childhood colorful. iOS platform has a lot of emulators because the native iOS environment would not allow some backdate old-school software infrastructures to effectively run, hence these emulators would come useful. 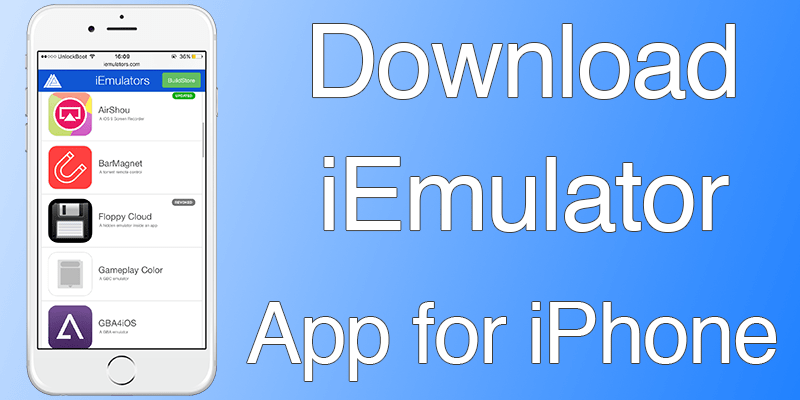 Most of the platforms would require a jailbroken iOS software, and iEmulators frees an iOS user of this trouble. No jailbreaking is required for iEmulators to run on iOS. Any user can just download any other emulator like NDS4iOS, GBA4iOS, and PPSSPP based apps in their iPhones through iEmulator, and proceed with using the respective apps just like the native apps do.

iEmulator used to be a single standalone platform before, however they have partnered with MacBuildServer recently and came up with an even better emulator based platform – the BuildStore. BuildStore essentially does the same thing, allows an iOS user to download emulators as they please, hassle free. However, this is a paid service and would require the users to pay $9.99 for the registration of their iOS devices on the BuildStore platform. Once the device is registered with the service, most of the emulators branded under iEmulators would download and run on the iOS device with BuildStore installed.

The BuildStore platform would stay on an iPhone for a year, later on the user would have to renew. Since the payment isn’t really low and the convenience is higher, we would recommend the users of BuildStore to download all their required emulators as long as the subscription remains.

What Happens after a Year?

Well, the certificates that an iOS user gets through the BuildStore or iEmulator app are only provided for a 365 day timeline. Once the certificates expire the emulator apps would stop working and the user would have to pay $9.99 again to re-purchase the certificate. This could be little inconvenient, but this is what the users get to do for not jailbreaking the device.

How to install iEmulators iOS App

Installation of the iEmulator or BuildStore isn’t difficult, however none of these programs are available in iTunes because Apple does not support such emulators legally. iOS 9.3.5 is supported by iEmulators, however the developer team is testing the platform on iOS 10 as well which is set to start rolling out to eligible iOS devices from September 13th, 2016.

Following are the steps for installing iEmulators app on iOS:

Conclusion: iEmulators makes iPhone a diversified platform, especially for the advanced users. However, iEmulators will not bear any responsibility just in case an iPhone go bonkers due to installation of such emulators.