After a lot of hard work and dedication, the newest version of the Electra jailbreak, called Electra1131 is now available for download and it has complete compatibility with iOS 11.3.1. It works for a whole range of Apple devices ranging to the iPhone X and even supports Cydia. 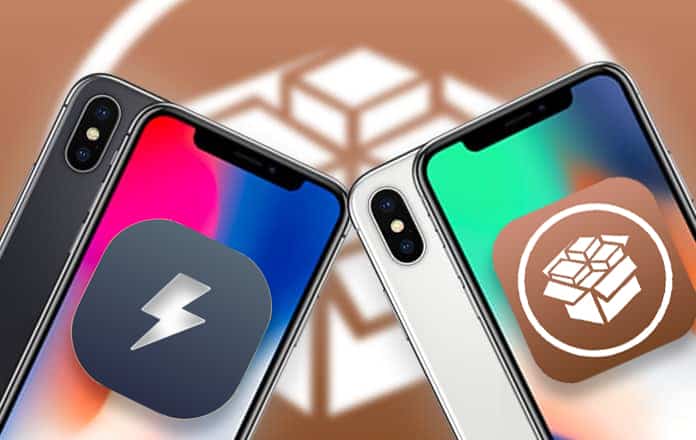 The recent past has seen a number of jailbreak solutions make an appearance, with some of these being flash in the pan fixes while others have been able to stay consistent and keep functioning, thanks to numerous periodic updates. They have managed to do this over a span of firmware releases.

Some months ago, it looked like Electra would become one of the former, since the developer CoolStar was very disappointed in the community for not being thankful enough for their releasing such a tool. However, now this is definitely not the case and Electra is gaining traction as time moves on.

What users see is a very much improved version of Electra with the same old simple to use interface but juiced up with the necessary components and internals to let Apple’s 64 bit devices on iOS 11.3.1 run free.

There was some talk that the latest release would only support iPhone 6 and below running iOS 11.3.1 but these rumors were squashed when CoolStar itself confirmed that compatibility would be a feature offered all the way to the iPhone X. This is exactly what we see with the latest Electra release which not only supports just the iOS 11.3.1 but also older firmwares back to iOS 11.2.

Steps to Jailbreak IOS 11.3.1 With Electra

Follow the steps below to jailbreak your device running iOS 11.3.1 with Electra jailbreak:

Step 1: First of all, download Cydia Impactor from this page.

Step 3: Connect your Device to the computer and open Cydia Impactor. Drag & Drop the electra ipa file to the Cydia Impactor window and enter your Apple ID & password. 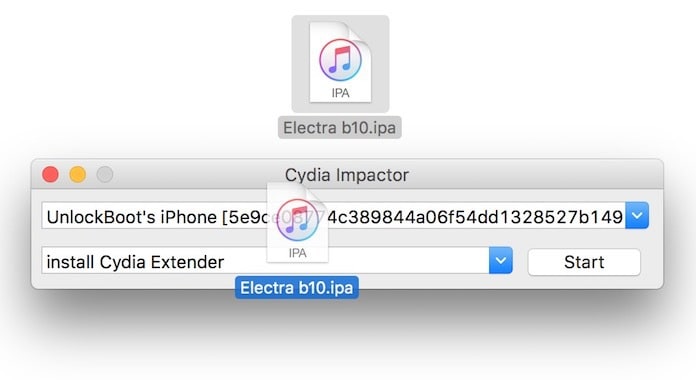 Step 5: Open the Electra app and click on the jailbreak button. 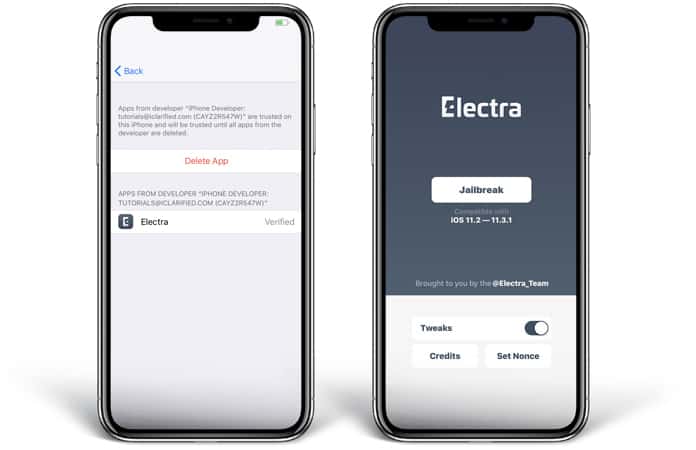 The device will be rebooted several times and after the reboot you will see the Cydia app installed on your device. 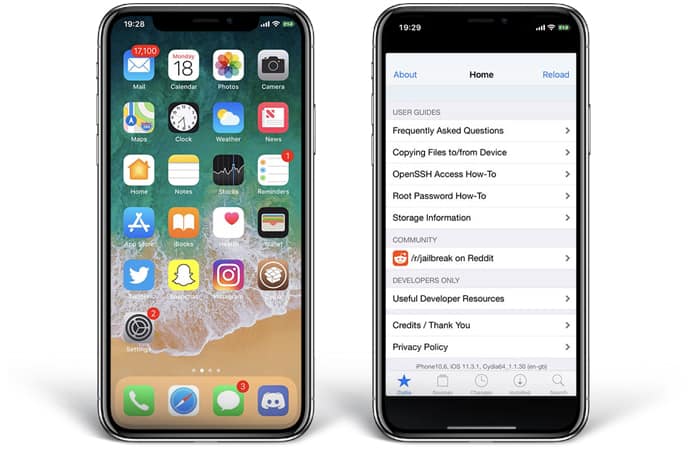 Unlike the very first Electra release for the iOS 11.0.x to 11.1.2, the newest versions come with Cydia as a part of the payload right from the start, along with the Substitute framework, and this is a Comex crafted replacement for the Cydia Substrate, which in turn means jailbreak users can instantly access Cydia and implement their preferred tweaks without waiting for more updates.

It is possible to download the newest Electra release from coolstar’s website in the form of an IPA file which can then be sideloaded using a tool such as Cydia Impactor. There happen to be two different versions available, one which will require a paid developer account while the other one will not and can be used with a simple free account.

We will be giving a complete step by step guide to jailbreak your device using Electra so do stay tuned for more updates! Let us know what you think in the comments section below.