Remember those good old times when it was possible to open a webpage on Safari and use a virtual slider to do a jailbreak by swiping your finger over out? Yeap, I’m referring to JailbreakMe. And I’ve got some exciting news to share with you all about the iOS 12.0.1 Jailbreak. 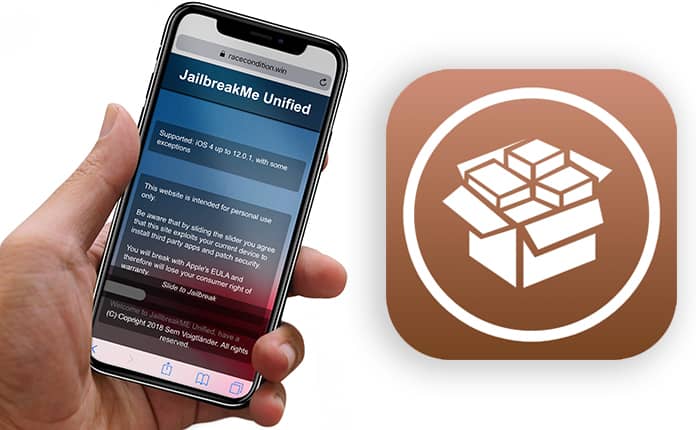 Veteran iOS developer and hacker @UKERN Software or Sem Voigtländer seems to be making an effort to release a JailbreakMe-type tool that people can use in mobile Safari. It supports iOS firmwares between iOS 4.0 and iOS 12.0.1 theoretically (with a few exceptions).

See Also: How to Downgrade the iOS Firmware

Upon checking the GitHub repository of the developer, it looks like the jailbreak tool will be referred to as ‘JailbreakMeUnified’. In the works is true and tested functionality, contributed to by several names in the jailbreak world, including CoolStar, Tihmstar, Niklas Baumsterk, Comex, Ian Beer, Luca Todesco, Comex, Jonathan Levin, and PanguTeam.

While behind the scenes efforts from these developers does not necessarily imply that they are assisting Voigtländer with finalizing a JailbreakMe-style jailbreak, they tell us about the type of exploits/components that may be used in it. It could also imply that the jailbreak developer is repurposing the exploits that have already been released by others.

While it’s too early to see whether JailbreakMeUnified will see light or not, but the GUI is available for everyone to view right now according to a post on Reddit in /r/jailbreak. Take these steps to see it:

Like always, we advise you to take extreme caution when approaching this task. That’s because it’s been a while (last time around iOS 9) since a JailbreakMe-style jailbreak was seen, and even at that time, it had support for 32-bit devices only.

As noted by the developer, JailbreakMeUnified may not work on some iOS versions. A full list of unsupported firmwares or devices hasn’t been revealed to the public, yet.

We’ll be keeping tabs on this project to see if anything comes off of it, but till then, you should take everything with a grain of salt.

That said, what’s your opinion? Would you like to get your hands on a JailbreakMe-styled tool for jailbreaking iOS 4.0 – iOS 12.0.1? Let us know in comments below.