After several months of rumors surrounding iPhone 8’s possible design, Apple has given a straight hint of what it will be like – though by accident. Guilherme Rambo, a developer, discovered an icon that represents the handset inside firmware for the HomePod speaker of Apple. It was hidden among Apple Pay documents, and the seemed codename of the device is “D22.” 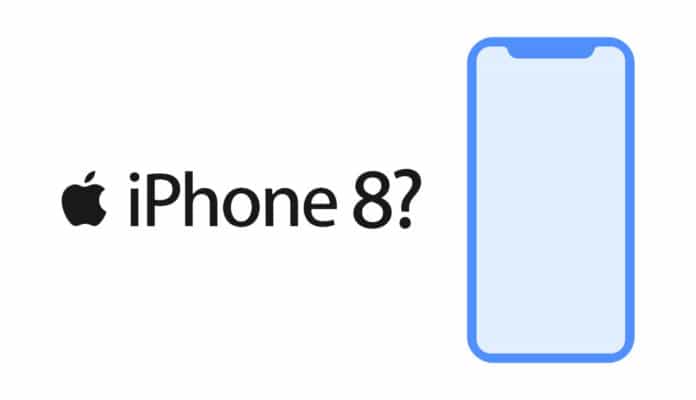 It comes with the same narrow-bezel that has surfaced in several rumor reports for the iPhone 8 in the past few months. A former report from iDrop News (that showcased a virtually-similar shape), pegged bezels at 4mm (all around), apart from the area that was reserved for the sensors at the top. 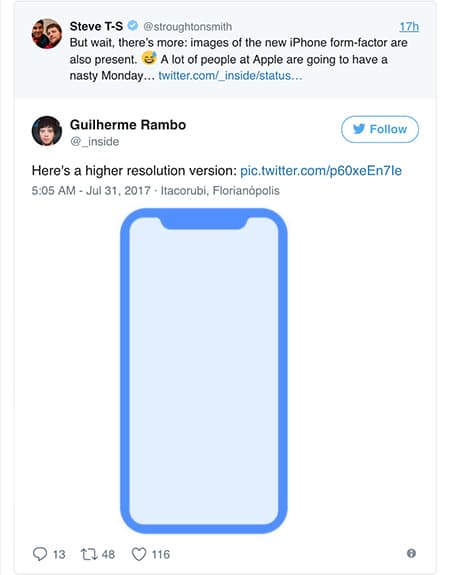 One more developer, named Steve Troughton-Smith, gave confirmation about the icon, and also discovered evidence that an infrared face unlock system is being incorporated by Apple. It’s codenamed as “Pearl ID” and should function in the dark. 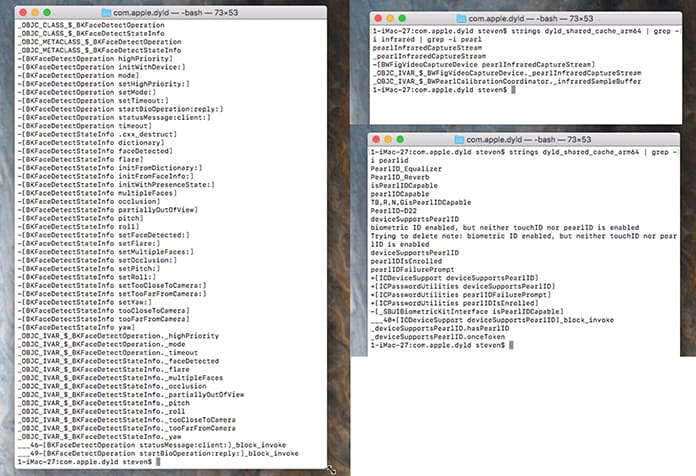 That stated, it’s not confirmed whether Apple is going to utilize the infrared for the user’s eyes only, like in the case of Samsung, or if it’s going to scan the entire face. Samsung too has a face-unlock feature, but it doesn’t utilize infrared, as is seen as less secure than the iris scanner. Whatever the final result turns out to be, one thing is for sure – Apple’s implementation is going to be less finicky.

Read Also: The new iPhone 8 Will Come with a Wireless Charging Feature

We know when Apple events are held and when big announcements are made – in September. So within a month or two, you’ll know more about the iPhone 8.