Let’s face it, awkward situations where we have to unwillingly talk to someone arise often. In this day and age, however, individuals try to avoid these situations with their smartphone’s aid. They pretend they’re getting a call and then slowly walk away. That said, fake calls are not as easy as they sound, that is, if the user isn’t aware of the right tools. In this article, you will learn how to schedule fake calls on iPhone to escape from boring evens or prank your friends. 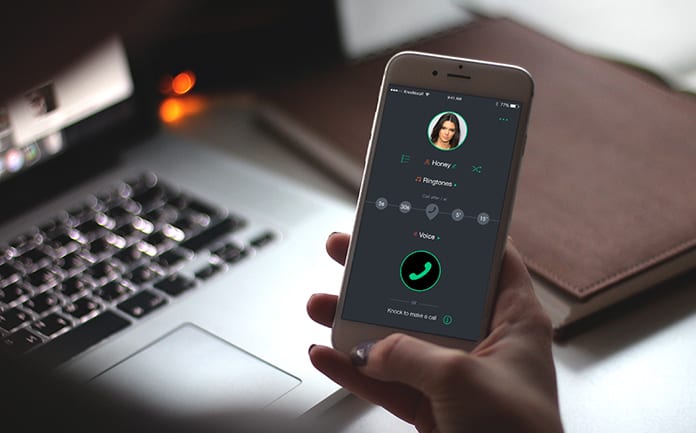 With the applications that are available today, users can make fake incoming calls look realistic. If there’s an iPhone in your hand, you can utilize it to schedule fake calls and make the device ring in the middle of an unwanted conversion. Once you pick up the call, a fake conversation will also occur. So if you’re interested in doing a test, here’s how to schedule fake incoming calls:

Use Third-Party App to Schedule Fake Calls on iPhone

In our initial test, iPhone 7 Plus was used, but we expect the method to function on older iPhones too, including the iPhone X.

In this guide, we’ll be using the Fake Call Plus app.

Step 1: Install Fake Call Plus from App Store and launch it. A main menu with several options for the fake call will now appear. Choose “Time” by tapping on it. Once you do, you’ll be able to schedule the time for receiving a fake call. It is set to 3 seconds later by default. However, you can choose between 3 seconds and 60 minutes. 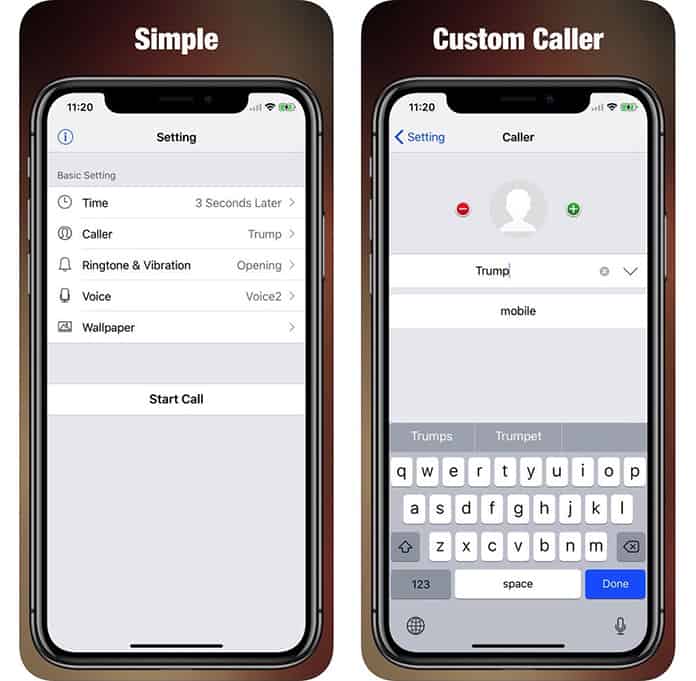 Step 2: If you select the “Caller” option in the main menu of the app, you’ll be able to enter the name for a fake caller that’d display on the screen. By the way, there’s also an option to set a particular ringtone for the fake call with the “Ringtone & Vibration” option from the main menu. We recommend Marimba since it is one of the most popular ringtones ever.

Step 3: By selecting “Voice” from the app’s main menu, users can select from three different voices for the call. If you don’t like any voice, just choose none for the call you’ve to schedule. Lastly, there’s also an option to adjust the background that has to be displayed while the user receives the call. Tap “Wallpaper” from the main menu of the app to utilize this. 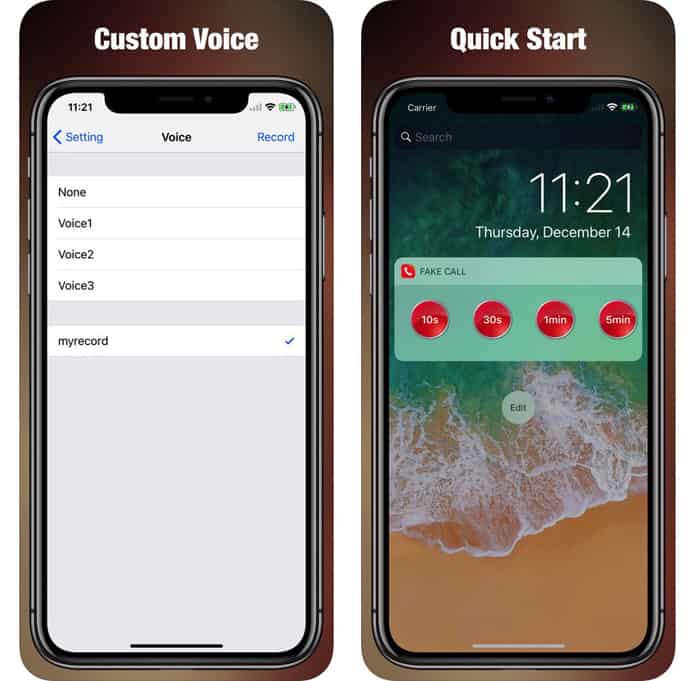 Step 4: Once everything is set up, head back to the app’s main menu, and select “Start Call” to schedule fake calls on iPhone. It’ll be displayed as shown below.

See Also: How to Fake Location on iPhone

Get Yourself Out of Awkward Scenarios with a Fake Call

Well, the above mentioned measure is a more realistic way to escape awkward situations rather than simply playing the device’s ringtone. If you play smart, no one would be able to know that you’re using a fake incoming call app to escape an unwanted conversation.

However, it is worth mentioning that “Fake Call Plus” isn’t the only iPhone application that offers this benefit. Other fake calling apps such as KnockToCall, Fake Call Prank, Best Fake Caller and Fake a Call Free app have a similar user interface and can be used to schedule fake incoming calls with ease.

That’s it from our side. Have you used any of these apps? Do let us know in the comments section below. Did they actually get you out from an awkward situation? Or were they just like a normal ringtone that raised suspicion on others’ end? We’d like to hear from you.