We have all heard the statement – cars are becoming like phones.

People say this because of the advancement in technology that is bridging the gap between what we drive on roads and what we carry in our pockets. 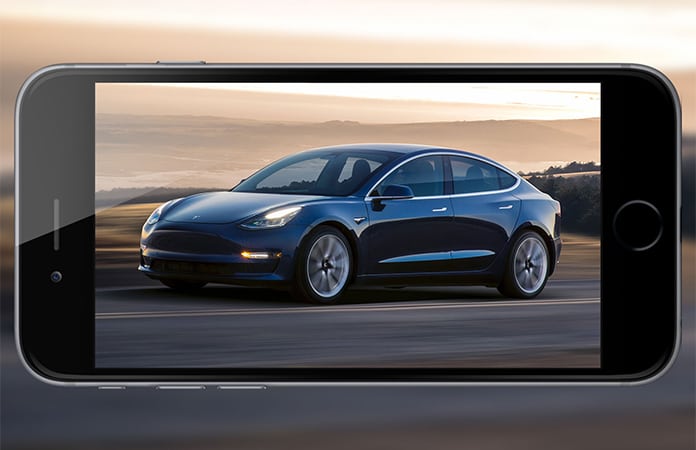 It is evident that vehicles are undergoing a massive change, like phones did before, but the question is how many similarities are there between the two.

If you want to know of a company that’s reducing its vehicles’ complexities down to a familiar iPhone –interface, look at Tesla’s brand new Model 3. It has the most stripped down interior compared to any other option. The dash’s middle features a 15-inch touchscreen and there are some buttons on the steering wheel, and that’s mostly it.

Knowing how the iPhone was the device that allowed one touchscreen to rule them all, we thought it would be dope to see the similarities between Tesla’s new Model 3 and the iPhone.

It may be unfair to call iPhone and democratizing electronic device, considering that it’s a luxury purchase for many out there. But consider its price is in three figures instead of MacBook’s four-figure price, it offers access to latest tech at a good price. It used to be an expensive purchase for many, which isn’t the case anymore. 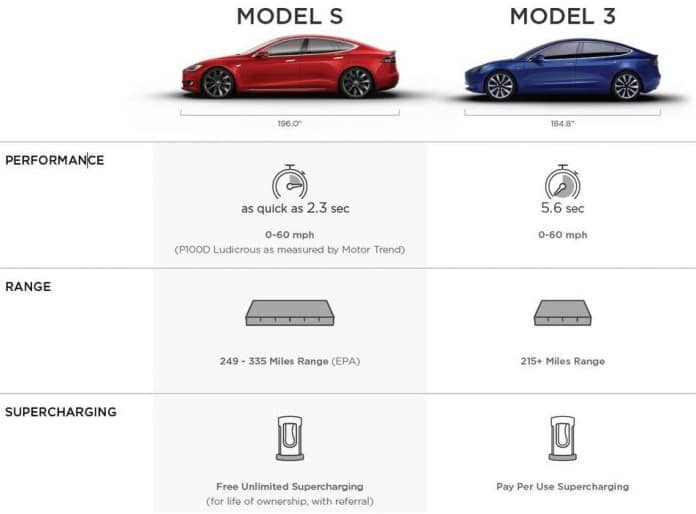 The same applies to Tesla Model 3. While not the most affordable cars out there, it offers access to advanced technologies like Autopilot at the lowest price. Another thing common is that both Model 3 and iPhone started coming out slowly and the initial quantities produced for both was quite low. It shows how each company works hard to make latest tech affordable for masses.

Before iPhone came, phones were associated with physical keyboards like laptops are. For instance, the first prototypes of Android had the shape of BlackBerry and Nokia’s advanced models were a failed attempt at bringing harmony between the new and familiarity. This is the case with car interfaces too; new tech and touch integration is embraced, but just partially. The luxury A8 sedan by Audi is a good example of an awkward shift away from traditional button interfaces. But similar to Nokia, it hasn’t abandoned buttons directly. 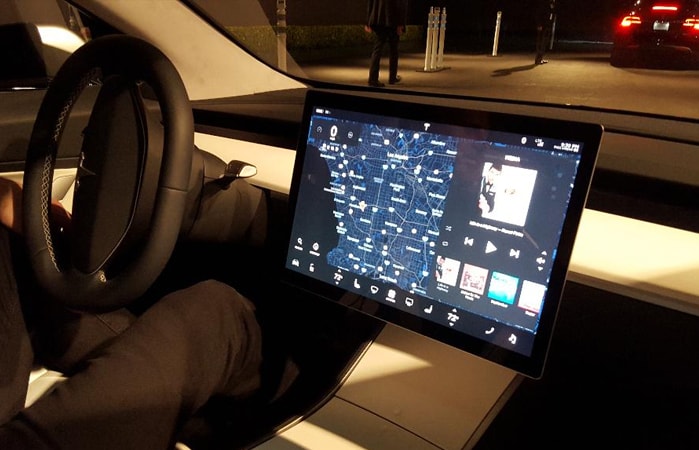 On the other hand, Model 3 of Tesla is a nice departure away from the buttons as the original model of iPhone was. All interactions and information happen on one touchscreen, from where users can adjust everything, from windows to the wing mirrors, though Tesla featured some physical buttons on the steering wheel like Apple did with the home button on iPhone. In addition, the human interface of the car is turned into a software by Tesla. It is an alien car interior, like iPhone’s interface was (how to speed dial without buttons?) but the company is confident consumers will adapt.

Elon Musk has a goofy style of presentation that is far from the polished sales pitches made by the late Steve Jobs, but it’s evident that both are influential personalities that endorse their brands real well. Musk made Tesla a talking point in the car industry. Even though it has limited sales, it is the talk of the town for electronic vehicles, unlike the EVs made by BMW, Nissan and others. Just like people say I’m getting an iPhone, you can say I’m getting a Tesla and people would know it’s something special. 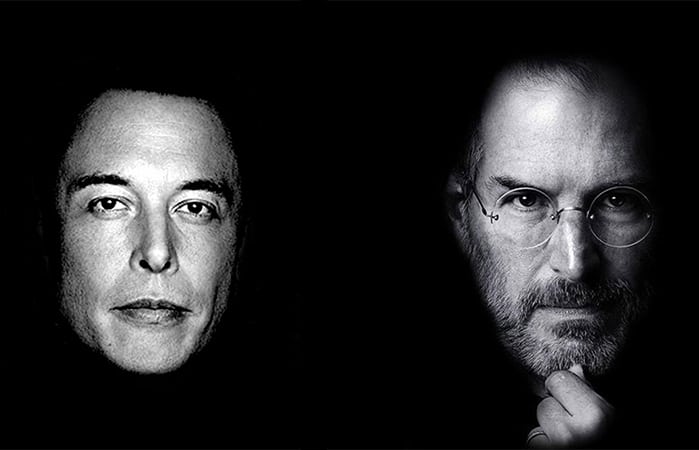 With Model 3, Tesla is in a precarious phase. The company has to win its customers’ faith as it works to meet orders, and that’s where a leader like Musk can be helpful. Before real cars are delivered by Tesla to people, a vision can be sold to them, and the 325,000 Tesla Model 3 pre-orders hint that Musk is as capable as Jobs was at selling their brand.

4. Ability to Reshape the World

Businesses from the Silicone Valley have a record of creating things that are socially and culturally transformative on a global scale. A few examples include Facebook, Google Search and the iPhone. So it won’t be an absurd thing to say that Model 3 could be Tesla’s iPhone moment. It could be that launch that overhauls the category the company is entering and reset all expectations. 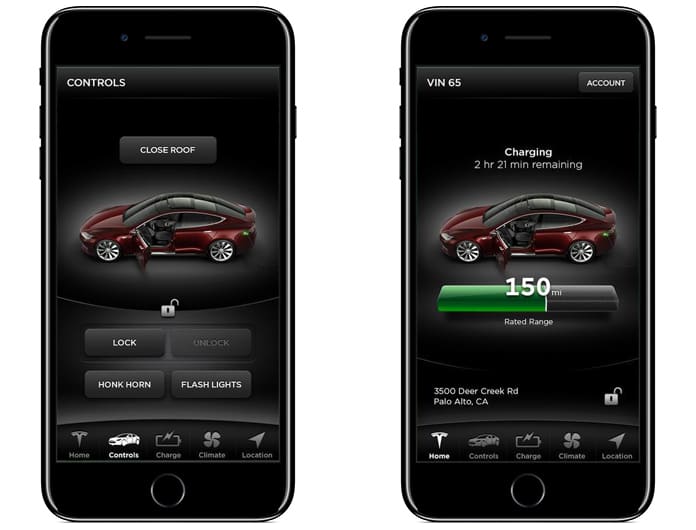 Like with the first iPhone, Model 3 has reset the interface paradigm by removing the buttons in favor of a UI that’s streamlined. What you see today is what Musk and his team want to achieve; the future won’t distract you from driving, because you won’t have to drive. And when you do take control of the steering wheel, automated settings and voice controls would keep visual distractions to minimum. These are all things that Tesla will seek to develop over long-term after Tesla Model 3 penetrates the market, like Apple’s software and iSight camera developments came when the iPhone had already penetrated the smartphone market.

This feature isn’t exclusive to Model 3, but has been pioneered by Tesla in its cars similarly to how Apple mode OTAs a feature for iPhone owners. We all know that car and phone software used to be static, but fast updates can now be expected. The Model 3 streamlines the feature further by limiting itself to a single screen. This is the closet a car interface has been to a single space software environment. 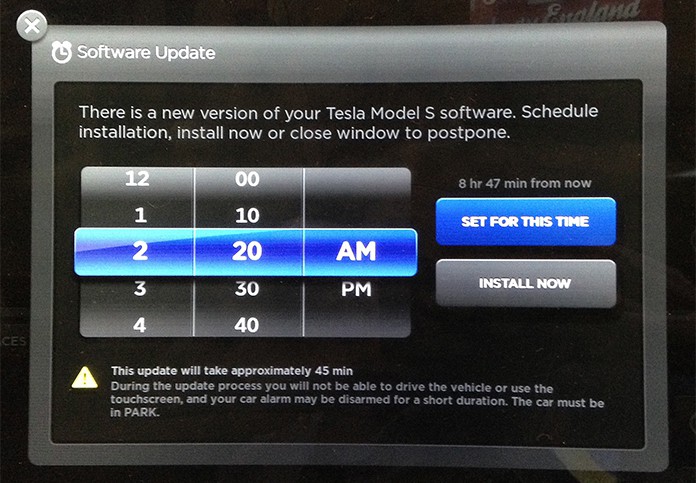 Implication hasn’t been easy, so Tesla is involving itself in a continuous challenge to try and create software equivalents for all dials and buttons given across the interior of a typical car. But in standardizing around consistent hardware issue and one display, the firm can refine its offering and improve as fast as any other mobile OS. This is the closet application of software for smartphone to cars that you’ll see to this date.

Read next: How to Set Up Apple CarPlay

It’s still too early to know if Tesla will find success, but if it happens, it’s likely to be because of Model 3. Like the iPhone that came before it, this car breaks most conventions of its category.