The moment you’ve all been waiting for… Springtomize 3 has been released at the Cydia store and in case you don’t know about it, it allows you to customize the iOS firmware in several ways.

For example, you can tweak system-wide animations, eliminate page limits and hide native apps. The developer says the jailbreak app is completely new and had to be written from scratch for iOS 7.

What you need to know About Springtomize 3

This is the type of iOS 7 jailbreak tweak that should be present in your jailbreak arsenal. The developer has built it for iOS 7 and now you can customize the lockscreen, homescreen, app switcher as well as many other areas of the iOS. Basically the tweak is divided into different sections, each of which is catered to tweaking the UI of your device. The total list of sections is as follows: lock screen, pages, status bar, icons, folders, dock, app slide, control center and animations. 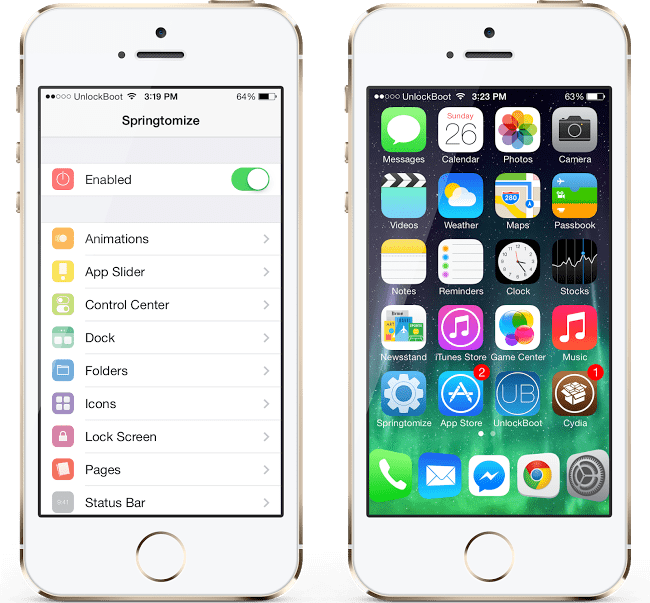 And in each of the sections, you’ll find multiple customization options, text fields and options, which implies that you get the same customization level as a rooted android device owner to customize every nook and cranny of your device, and make the UI appear completely different than the stock one.

However, the use of Springtomize extends beyond customizing the look and feel of your iDevice… You can also utilize it for alterations such as speeding up the iOS 7 animations through the animation section and this tweak makes it quite simple than other Cydia offerings by offering a slider for the purpose. 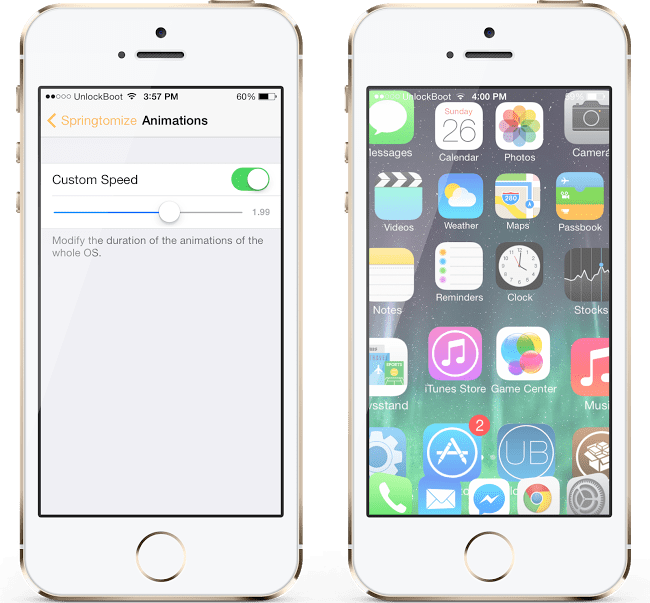 Surenix, the person who developed the icons for Springtomize, has done one heck of a job and deserves appreciation by adding personality to the already feature-rich jailbreak app.

Although most of the features of Springtomize 3 are similar to Springtomize 2, there are several new features on the table as well. You can now use the new app switcher section to remove its icons and also modify the page size found in this part of iOS.

The limitation of this tweak is that you need to respring your phone to allow the changes to take effect. We do hope that an update in the future from Filippo removes the respiring need, but nevertheless respringing has been made easier for new and can be done through the status bar short available in the preferences section. 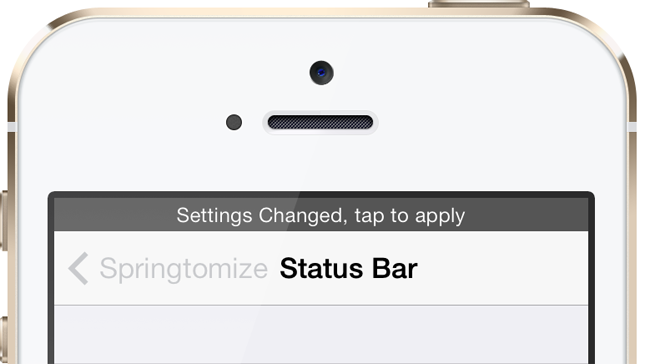 You can download Springtomize 3 for $2.99 from Cydia’s BigBoss repository. If you already have Springtomize 2, then it’s for $1.99 and lastly, if you downloaded the second version in the last 2 months, the third version is totally free for you.

What do you think? Feel free to leave comments.