After the iOS 9.1 Jailbreak release, many jailbreak developers are rushing to iOS 9 update for their tweaks and apps. Today, we will list 10 best jailbreak tweaks 2016 that have been done well for iOS 9.1. Mention your favorite iOS 9.1 jailbreak tweaks & cydia sources in the comments section and share the list with our best iOS 8 jailbreak tweaks with your friends and family. 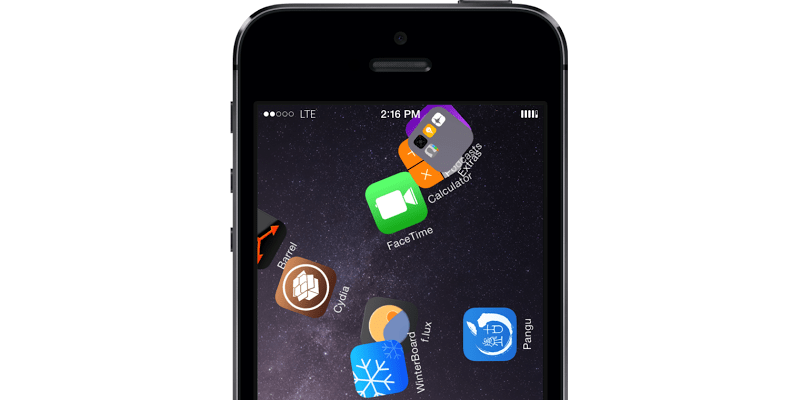 This tweak is great for relocating the volume level indicator that shows in the middle of the screen. You can move it to an appropriate place like the status bar. This tweak is free to download.

This is a staple jailbreak release, and it is just the tweak to show the perks of jailbreaking to iPhone users who are yet to perform the jailbreak, or who have no clue of what a jailbreak is. Barrel lets you utilize some great transitions between Home Screen pages. The tweak costs $2.99.

This was a desktop utility but now it’s available on the small screen. The particular tweak warms up your screen to match lightning at night. It is also a staple on Mac, but having it on the iPhone is a luxury. If you tend to use your iPhone a lot at night, you would want to give it a try; it will make the experience more enjoyable for your aging eyes. It is free to download.

Have you been interesting in theming the battery indicator of your iPhone? If the answer is yes, Alkaline is just what you have wanted. It has three different themes, and more are available in Cydia. The tweak is free to download.

Lots of people feel that animations between switching apps are on the lower end on iOS. NoSlowAnimations addresses the issue by speeding up animations. The tweak is free to download.

This tweak is a bit like alkaline, however it doesn’t theme the battery indicator; instead it themes the carrier logo. It comes bundled with several carrier logos out of the box, and lots more available in Cydia. It’s free to download.

The tweak uses the Touch ID sensor to emulate Home button presses. It can be used to invoke Siri, or launch the App Switcher. It is free to download.

This allows you to swipe on the iPhone’s keyboard to move the cursor to a location while in a text field. It also lets you swipe from the Delete key or Shift key to precisely select text. It is free to download.

This serves the purpose to bring an Android like Lock screen to iOS launcher. The base launcher works, but adding app shortcuts to launch doesn’t work yet; we expect an update soon. It is free to download.

The theming platform works with iOS 8, but themes are yet to be updated. The tweak is free to download.

What are your favorite tweaks from the list? Feel free to leave comments below.