You’ll always come across a lot of questions about jailbreaking the iPhone subject, but today you will get the answer. So many forums that are Apple related are always brimming with questions regarding jailbreak safety, legal issues, eventual software and hardware problems and so much more. 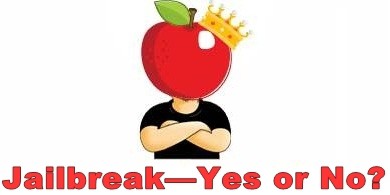 There’s no clear respond to those questions, and there couldn’t certainly be a clear answer until iDevice user decides personally – need to jailbreak or maybe not. Of course there are a huge number of benefits that one could get from jailbreaking (what in addition our blog could declare, right?) but we are not alone in this army of iPhone jailbreaking defenders. The guys from jailbreakmatrix put up a video that point to a hundred reasons to jailbreak in three and a half minutes.

Are you excited what’s in that video? The video starts with showing some facts. Were you aware of the fact that there are about 10+ million jailbreakers worldwide? Well, I knew that there was a huge number of them but had virtually no idea about precise figures. Also, there are additional that 30k of jailbreak tweaks, themes, apps, wallpapers, add-ons and also other stuff available. What benefit are those for you? They can make anyone:

I could continue this list on and on but why – simply watch the video and see for yourself the awesome improvements. What I want to say is that you have numerous quantities of really neat apps that become offered after jailbreaking the iPhone and if you need to get your device to run on the full throttle, then you are encouraged to go and do your jailbreak. If you have already released your gadget via Apple’s factory iOS limitations, check our list of jailbreak apps to create its functionality to the higher level.

Hope you enjoyed and liked the video. Not only as a consequence of that awesome jailbreak methods, if you know what I’m saying. Thanks again to the guys from jailbreakmatrix for taking pictures and of corse, thank us by simply sharing and commenting below!