There is a completely new exploit on the scene that exploits the fact that the iPhone 7 and iPhone 7 Plus are working on the recent firmware. The small device using brute force to hack and bypass the iOS lock screen passcode. This makes it a useful method on to bypass iPhone is disabled screen using brute-force hacking tool. 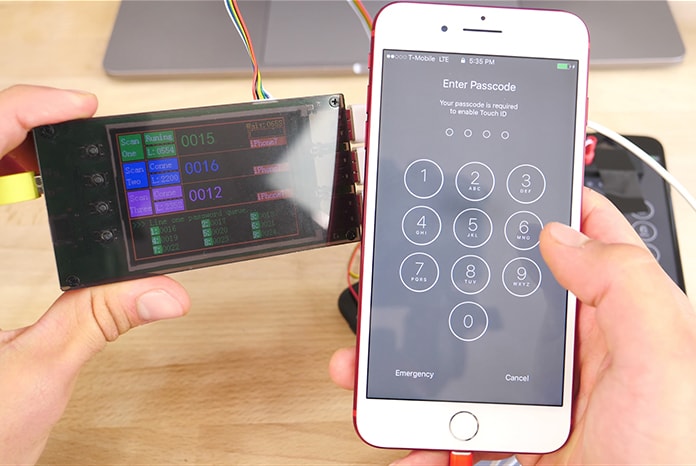 The great part about this tool? It can work on up to THREE devices simultaneously. However, one drawback it faces is that it only works on recent devices and anything like the iPhone 6S or iPhone SE is immune. This is of course because it exploits the latest firmware.

The hardware itself is between two planes of clear glass and has three USB ports to connect to three iPhones at the same time. There is a micro USB port and an Apple Lightning port to keep the device powered up and charged.

The main question on everyone’s minds is how exactly does this exploit work? Well, the thing is that during the update process in iOS there is a loophole; during data recovery state it is possible to use as many password attempts as you want. This device does just that, ‘hacking’ the iPhone until the correct attempt matches. It’s a perfect way on how to bypass iPhone is Disabled screen with brute force tool.

So, any iPhone updating from an earlier version of iOS 10 to iOS 10.3.3 for instance is vulnerable, as are devices going from iOS 11 beta to iOS 10.3.3 interestingly. 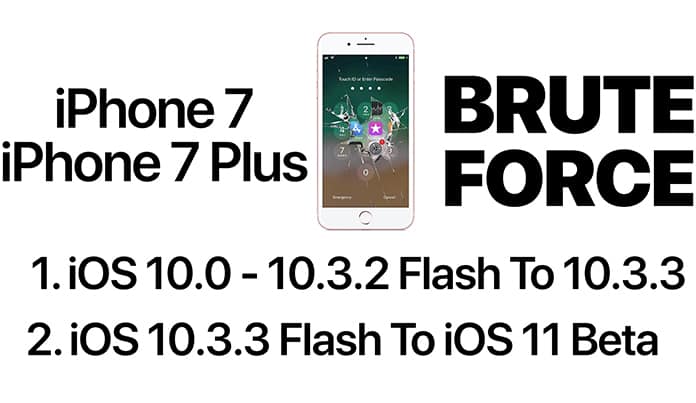 Some may ask that such updates or software downgrades require the phone to be unlocked by the user beforehand so how would this be a way on how to bypass iPhone is Disabled screen using brute force hack tool?

Well, connecting the iPhone 7 to a MacBook Pro with windows and placing it into DFU mode helps. After doing that using an app called 3uTools allows the user to force the device to update without first entering a passcode.

When the ‘Press Home to Recover’ screen with white background appears is when this tool starts it brute force hacking. It even comes equipped with numerous light sensors which ensure that the iPhone stays turned on and the display doesn’t go out while the hack is in progress.

This is vital to the hacking process because the whole procedure of hacking is time intensive and could even take days, depending upon the complexity of the password. That’s the problem with a brute force method, it takes a lot of time.

The tool will, of course, solve a simple password much earlier; it takes about 50 seconds or so to try out a new passcode. However, as it continues its work, that time can come down to even attempting a new password every 10 seconds, which is much faster.

This makes it an attractive choice on how to bypass iPhone is Disabled Connect to iTunes screen with a brute force hacking tool.

Apple has always been very particular about the security of its devices so there is a very high probability that this hack will be patched pretty soon. In addition considering how expensive the equipment is, $500, the limited devices it can work on and the small window frame in which it can function and it’s obvious it isn’t a big threat.

iPhone hacks aren’t a very frequent occurrence but they do happen. This hack is much more noteworthy because it applies to the latest Apple firmware.

Still, this can be a useful tool for someone looking on how to bypass iPhone is Disabled screen using brute force passcode unlocking tool. We hope you enjoyed reading this post. Subscribe to our email newsletter for more iPhone-related content.