Have you been wanting to check MacBook battery cycle count? A notebook battery’s life expectancy is mainly dependent on cycle count. Once that reaches the limit defined by the manufacturer, it’s considered as totally consumed, although the laptop may perform at same levels, the battery life ending rapidly is a big sign that you should get the battery replaced. 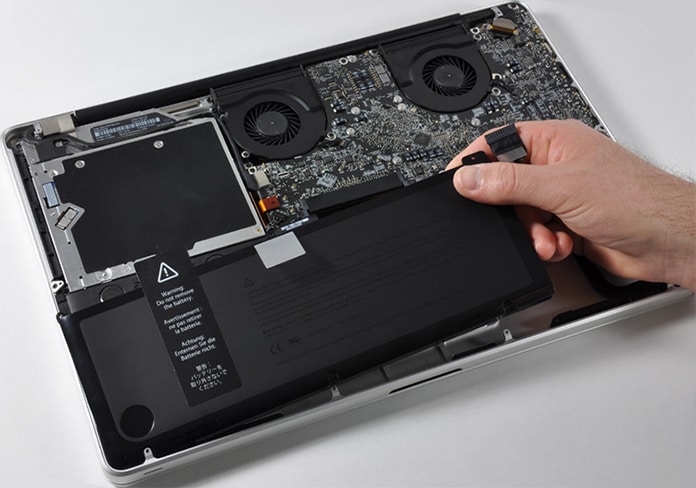 This post teaches you to check MacBook battery cycle count and how to know if it’s time to replace it.

It’s calculated depending on the consumption of all the power of the battery, but not on a single charge necessarily. For instance, if the MacBook is charged at 100% and the battery consumed is 50%, then you charge it back to 100%, and use another 50% of the battery, it equals one battery cycle i.e. 50 + 50 = 100.

To check MacBook battery cycle count, head to  –> About this Mac –> System Report, and choose Power tab beneath Hardware. In the panel on the right, you’ll see Cycle Count, as displayed below. 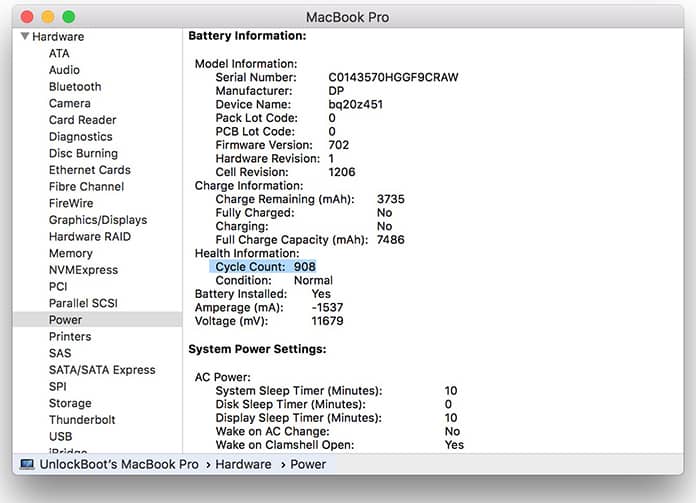 What Is The Limit To MacBook Battery Cycle Count?

Finding out the battery cycle count for your device is great, but it won’t help much if you aren’t aware of the limit of your device. This limit is defined by Apple and indicates the battery’s overall life expectancy. So we advise you to compare Apple’s limit for your machine to your calculated cycle count to determine how your battery is performing.

One of the guys on the UnlockBoot team have a 15-inch MacBook Pro from 2016, and its maximum cycle count is set to 1000. His current cycle count is 307, so he’s at the one-third of the limit set by Apple, so expect him to get more months out of his machine.