Facebook Messenger and Facebook Camera took the limelight away from the app for the Facebook client. The interface may not be good, and could take a lot of time to load. 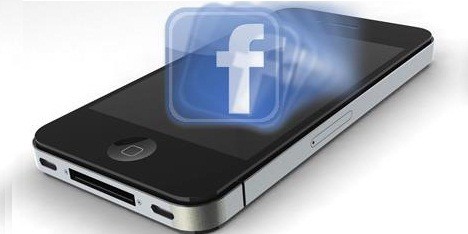 There are certain pages that won’t update properly. However, the new Facebook 5.0 for iPhone and iPad claims improved speed and better use. Let’s take a look at the changes.

The photos now behave in a similar manner as the Facebook Camera and have been improved. Opening photos is a lot for faster. The new version doesn’t just open new web pages as the previous one did. When the pictures in the news feed are tapped, they fill the news screen. The user can also close them by swiping gestures on the screen. A ‘Web 2.0’ rectangle now contains the comments within photographs, which is similar to the built-in Twitter client for iPhone. The user can now also ‘like’ individual comments from the photo browser.

You now get the notification from Facebook when there are additional stories in your news feed. The numbers of updates are shown by the notification bar. You just need to tap on it to see the new stories appear on the top of the page. The feed doesn’t need to be pulled down for being refereshed. The new comments will already be loaded.

A few interface changes have been made. The names in notifications are not blue; instead they are now black and bold. There’s a message displayed by pages while loading and the banner buttons have been tweaked for Photo, Check In and Status. However, the menu bar is unchanged and still located at the edge of the screen.

In terms of speed, the new 5.0 version is faster. The scrolling isn’t perfect but it doesn’t pause or lag.
To conclude, Facebook 5.0 is faster, and has taken Facebook Camera’s photo viewer to a new level, but it’s Facebook and that is the point. All the services, privacy, security settings are still there, the app just doesn’t seem out-of-date as before.