How can iPhone users flip the iOS 12 FaceTime camera? Where is the flip camera option in FaceTime on this firmware? You’re not the only individual asking such questions. 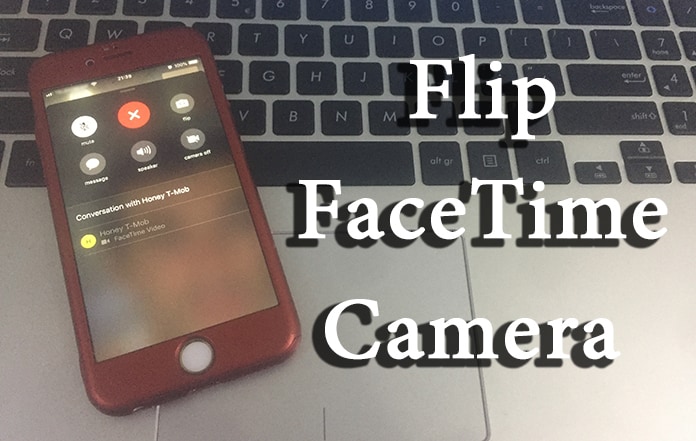 FaceTime video chat is very popular among in the iOS community, and a common feature often activated in most FaceTime conversations is of camera flip. It allows the FaceTimer to show whoever they are FaceTiming the things either in the rare of front camera. Activating this option was quite easy before, with a clearly visible button for “Flip Camera” during FaceTime chats, but that has changed in iOS 12. While users can still flip the iOS 12 FaceTime camera, the option to do so is buried in other options of the FaceTime application.

This article will list the steps needed for flipping the iOS 12 FaceTime Camera, on an iPad or iPhone.

Unable to flip FaceTime camera in iOS 12 on iPhone or iPad because of a nonexistent “flip camera” button. Here’s how to do so during FaceTime chats:

Step 1: While FaceTiming (or when initiating a FaceTime chat), tap the screen.

Step 2: Tapping the screen of FaceTime will reveal a few extra buttons such as hangup or mute, but there won’t be any setting for “Flip Camera”. Instead, tap the “…” dots.

Step 3: You’ll now see an extra control panel of the FaceTime buttons, including the hidden camera button for “Flip”. 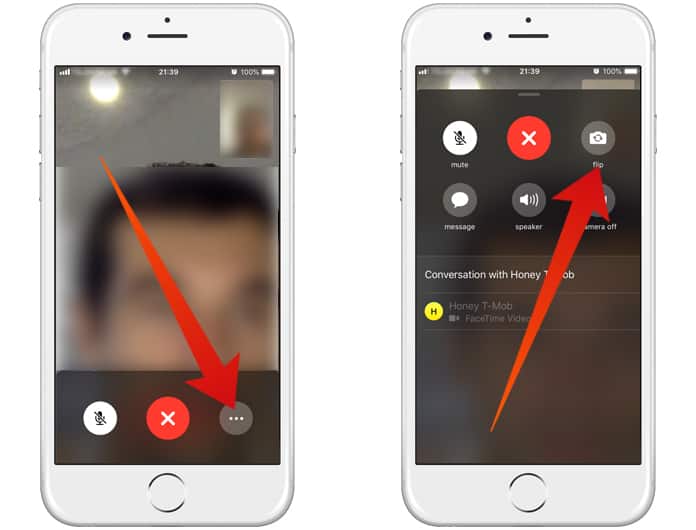 You can access the button at any point while making the FaceTime call, just tap the screen and then press the “…’ dot circle button, and choose “Flip”. Tap it a couple of times to make the option stick.

The “Flip” button is going to switch the FaceTime activity to either the rare or front-facing camera, depending on which one is being used actively. Usually, FaceTime calls are made with the front-facing option, so tap “Flip” to switch it to the back camera of your device. Of course, you can tap the same option again to flip them again and choose between the rare and front camera.

While it may be some hassle to use the “Flip” camera feature in iOS 12, and based on the flipping frequency during FaceTime activity, it wouldn’t be surprising to see a modification to the control panel in a future update iOS to make the “Flip” camera button more accessible.

Enjoy FaceTiming, and switch the camera however you like.