The Google Translate has been found very useful ever since it had come out. People can now make sense of every language that’s being used on earth. Even though the translation is really messed up in some cases, but you can still figure a meaning out which is a great help. 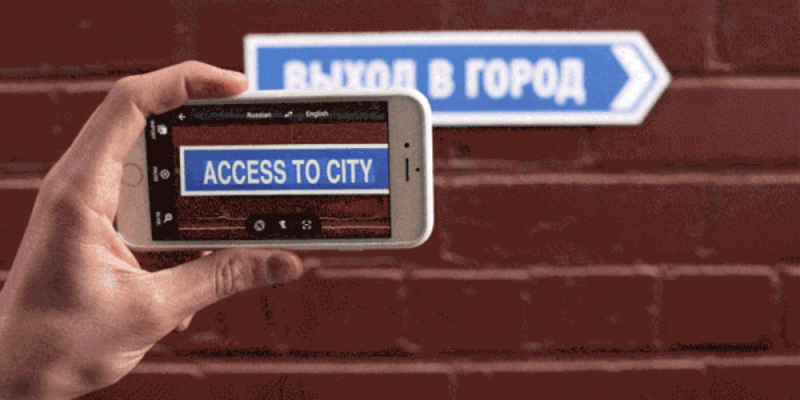 The Translate app was exclusively available for Android users, however Google didn’t want to make the iOS users lose hope.

Now an Apple device owner can get the Google Translate app and put that into use whenever, wherever necessary.

Not just a minor upgrade, but the Translate app now brings a real time translation feature. One can just point their device camera on some printed lines and that would be translated into the desired language in real time. This newly introduced feature is still undergoing a lot of development as you might expect. However, the feature is similar to the iOS app Word Lens and it currently supports translation from German, Portuguese, Russian, French, Italian and Spanish to English and vice versa.

Google is still working on adding more language which should be done within next few updates. As the job has been taken care by Google, we can expect world class pampering. Real time translation apps aren’t new, but Google’s one is certainly going to be more accurate than ever. For the first release, we were rather pleased with the performance outcome.

iOS users should consider themselves lucky as the first release of Google Translate comes with a real time translation feature. For Android users, the written translation has been available for quite a long time now. According to the user reviews, the Android users seem to be happy with the new features.

There’s another new feature that Google has implemented in its Translate app. The app lets a user speak to the mic and Google Translate detects the language being spoken. This time frame has to be marked tapping the mic button, once at the beginning another time at the end. Once Google gets your voice tone and speaking style, you will not need the tapping anymore. You speak, Google detects and Google translates it. Isn’t it cool?

For writers, storytellers or even primary stuff like classroom presentation, Google Translate has always been helpful. A student or an executive, everyone would be highly benefitted by Google Translate features and now the more powerful app would make everyday life easier.

Like most other Google apps, the Google Translate needs an active internet connection to breathe. It doesn’t cost you a fortune, even any mini-pack sort of internet package will do but there has to be one. No internet, no translation – period.

As more update comes out regarding Google’s latest updates, we are here to keep you updated. Make sure you keep us in your daily visit list and get to know interesting stuff about what’s going on around in the tech world.