Possessing the iOS 6 on your iPhone you will get a brand new photo sharing menu interface, which include shares of Twitter, Facebook and much more, and it’s so much pleasing to the eye than the current interface used on iOS 5.1.1 and below. 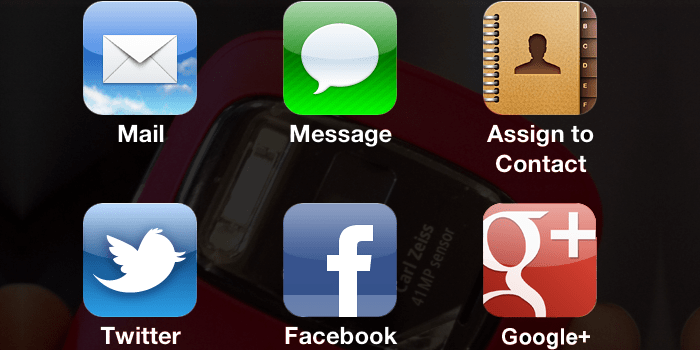 There’s a new jailbreak tweak for iOS 5 that mimics the interface of iOS 6, and provides greater functionality than iOS 6 users have.

The iOS 6 Photo Sharing Menu includes Facebook, Twitter and Google Plus sharing options. Older sharing options, for example — Message, Mail, Print, Assign to Contact, Use as Wallpaper remain, but they are pictured wonderfully.

In our test drive, the Sharing Menu worked properly on iPhone 4 running iOS 5.1.1, but there were some issues with the sharing buttons on iPod touch running the same firmware.

This is a rare case, or maybe a sign of a bigger issue. The iOS 6 Photo Menu style can be downloaded for free of charge from Cydia’s BigBoss repo. Have you tried the iOS 6 Sharing Menu Tweak Yet?