Ever imagined unlocking your Mac with an iPhone? Well, this won’t be a thought anymore because the new tweak known by the name UnlockID allows you to do exactly that with the iPhone 5s. It utilizes Bluetooth Low energy and includes a component for Mac that communicates with the OS X install. This is one of the most innovative creations from the jailbreak community so far. 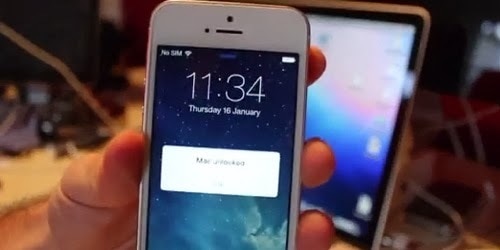 You do need an iPhone 5s jailbroken for using this tweak, as it is the necessity to use the Touch ID fingerprint sensor. After installation, you get to install the Mac component for iPhone communication. This is where you get to see a preference panel, and there’s also a kill switch present to deactivate the app. There will also be information of OS X support, a URL for Mac component and a section from where you can change the authorization code for talking with Mac. 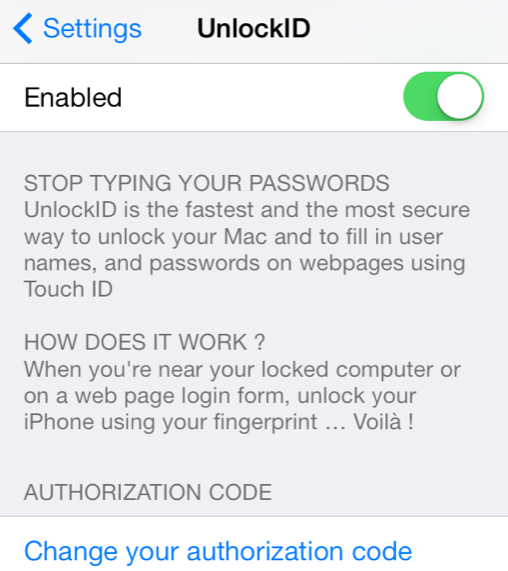 The portion of Mac is a menu bar utility that uses Bluetooth Low Energy to listen and keeps running in the background. This is where you need to make sure that Bluetooth is enabled on both your iPhone 5s and your Mac. The menu bar utility on the Mac has a tab that can be used to make the connection between the handset and Mac. The passcode will be generated on Mac and then it is used on the iPhone.

After the connection is made, you can lock the Mac and place the appropriate finger on the iPhone 5s Touch ID fingerprint sensor. The Mac is going to unlock then. The invalid finger will lead to an invalid attempt on the Mac screen.

The interesting bit is that with the jailbreak tweak, you don’t have to be present on the iPhone 5s lock screen for the Mac unlock, you can do it from anywhere and just use the Touch ID for the purpose. The unlocking itself is quite fast and is even quicker than using the keyboard to type in the password.

Thought it is not going to save a lot of time, UnlockID gives an insight on the future of Apple devices, most of which will be working on the Touch ID sensor. This tweak also has a utility for Mac preferences that manages passwords on websites. So you can login to different domains through the Mac using the Touch ID.

The password secure feature might not work seamlessly, but everything else works just fine. UnlockID is a new innovation in our era and shows what the future of Mac could be life. You can download it from Cydia’s ModMyi repository for $2.99. Let us know what you think if you try it out.