iOS 8.1.3 is already out for downloading on your Apple devices like the iPhone, iPad and iPod Touch. The average users would simply go through the update without worrying about the jailbreaking process at all, but advanced users might be disappointed with this update. 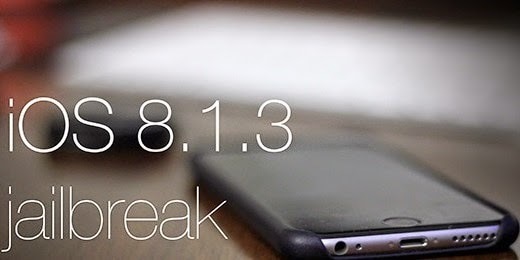 Apple has been heavily working to patch the vulnerabilities used in the jailbreak process, and are almost totally successful this time.

Currently the popular jailbreaking apps are Pangu, PP and TaiG jailbreak but Apple patched all these exploits. And this sort of means we can’t use this tool anymore to Jailbreak iOS 8.1.3 firmware.

If you fall in the advanced user category and have been doing jailbreak on your Apple devices for a long time now, you already know how to carry out the job. Jailbreaking usually messes with the iOS build files and swipe in a new set of files where the necessary access permissions are provided so that the users can get the desired access. Now this restriction on iOS 8.1.3 would surely disappoint lot of iOS users and most would just not update to iOS 8.1.3.

Using a non-jailbroken smartphone is not a big deal for most users but if it is, then we would highly suggest you not to update to iOS 8.1.3. Even till the 8.1.2 version, you could have performed jailbreak using the above mentioned software but those days are long gone. Apple has issued an exploit list where all these jailbreaking tools have been listed along with their developers’ name, and availability for platforms. We had taken a look on the list and found the following apps’ names there.

All these mentioned exploits were available for iPhone 4S or above, iPod Touch 5th generation and the later ones; and for iPads – any after the 2nd generation.

If you couldn’t rely much on Apple’s official announcement on patching the exploits, then we have even worse news for you. Popular iPhone hacker MuscleNerd tweeted recently about staying away from iOS 8.1.3, if you need jailbreak on your iOS device. Since this was a tweet on his account, we assume he has tried and couldn’t succeed yet.

Users still stuck and feeling bored on iOS 7 or iOS 8 could still make an upgrade to iOS 8.1.2. This firmware version is still being signed and there are build numbers that haven’t yet been patched. No guarantee on the window of escape though, you might just end up caught during the process. That shouldn’t be a serious deal since you can actually downgrade to an older iOS version. iTunes doesn’t let it do legally but there are tricks to get you there.

All these precautionary measures are solely meant for people looking forward to jailbreaking their iOS devices. If you think you are just a novice and there’s no chance of performing a jailbreak, you should go ahead with the iOS 8.1.3 update. It’s a pretty cool release with bug fixes; but fixes the jailbreaking as well.

And lastly, let us know what you have been feeling about this update. If you know some ground breaking tips & tricks to get jailbreak on the above mentioned software, just write us and let us know.