iPhone by its nature has always been a fragile gadget. The good news is that thanks to advance of the materials used in manufacturing, each successive iPhone model have longer lives than previous models. 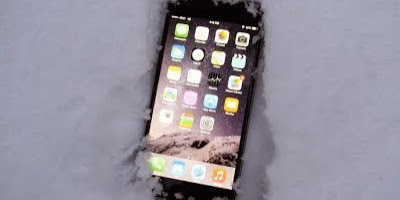 The new models come with tougher display screens and stronger shock-resistant screens. However, putting the phone in water may disable its functionality, but that’s not the point of this post.

This post is about the video created by the YouTuber ‘TechRax’. He decided to test Apple’s flagship handset against snow moisture. Here’s the interesting experiment filmed on video:

iPhone 6 is considered to be the most productive, secure and popular smartphone. Will check whether it can withstand the day in the snow, – said the blogger.

The video shows that iPhone 6 has gone hard in the 24 hours in this snowdrift, and it turns out the device is going to remain intact, which is a surprise. After the experiment results, TechRax called the iPhone 6 “snowproof smartphone.”