Since the presentation of the new iPhone 5s and iPhone 5c just over a month, the designers are already providing concepts for the next iPhone generation from Apple in 2014. 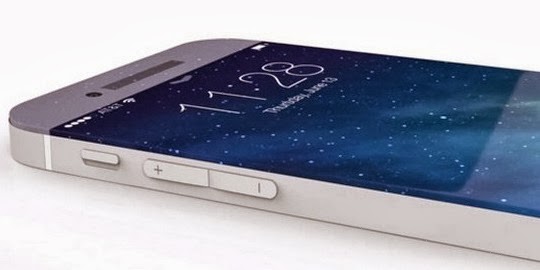 Goncalo Madureira presented their own vision of the 9th in a row iPhone model with 4.6-inch full-width display and a new touch-sensitive Home button with fingerprint sensor.

The basic idea of the designer is to increase the size of the display by using the entire surface of the faceplate. As a result, iPhone 6 will have a similar screen with the iPhone 5, 5s and 5c with Egde to Egde retina diplay with increased screen by 0.6 inches.

According to Goncalo Madureira, developers will be able to satisfy the cravings of people to larger displays, but retain a slim proportions smartphone. By the way, according to the authors of the concept, iPhone 6 will be thinner and lighter than current models. Only question that probably would have asked to the Apple designers – exactly how they should made Retina-display with a resolution of 1920 x 1080 pixels (at a density of 450 pixels per square inch) to the entire surface of the smartphone, bypassing all available on the front panel components. However, a conceptual prototype suggests that specialists will work in this direction and the necessary production technology will be implemented.

Other features of the concept is to provide an updated, 12-megapixel iSight camera with f/2.2 aperture that can record a video in 2k at 120 frames per second (front camera while capable of capturing video in HD 1080p) and also modified the volume keys and mute controls.