Siberia, the owner of an Apple iPhone 7, which was tested at its extreme capability to endure temperature, was ice fishing in Lena River. The owner was inside a plywood hut so that he has to face minimum exposure to air, with a hole made inside the ice. On a typical day the temperature of that location can drop to a whopping -36 degrees centigrade, yeah its chilling. 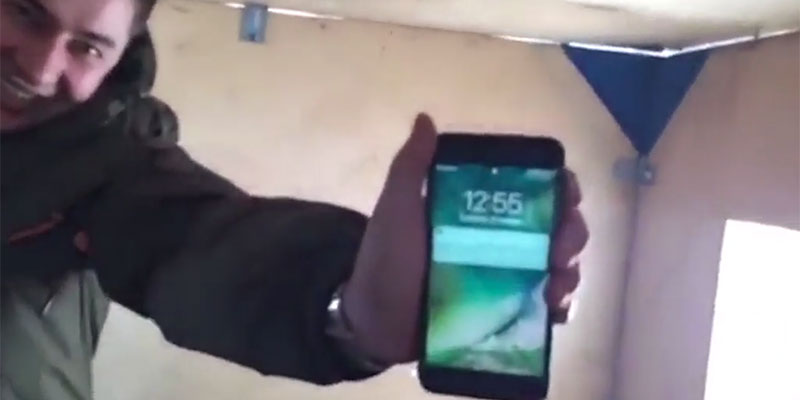 The owner lives in the coldest part of the world, Yakutsk, therefore he would be used to the extreme temperatures. Being aware of the cold temperature, with some dumb luck dropped his iPhone 7 in the chilling water through the ice hole. The iPhone has an IP67 certification rating which means that it can survive being submerged under 5-feet of water for 30 minutes. The owner unable to recover his iPhone himself, come to the conclusion to get a diver, so that he can retrieve his iPhone, but it could only happen the next day.

After 13 hours of being submerged under a 4 feet freezing ice cold water, the diver was finally able to find and retrieve the iPhone. So the question on the owner’s mind during this whole ordeal must be is the phone still working? Do I need to buy a bag of rice? Well, the answer to first one was given by the diver, when he surfaced from the hole with the iPhone 7 and exclaimed to the owner that he had a missed call. During all this 13 hours of being under freezing water the battery charge had dropped by 16%, from 35% to 19%.

You can watch the video here

Now with the iPhone’s new water resistant capabilities, we know that selfies during ice fishing is a safe bet. The fisherman has a story to tell, not the tales when he caught a prize fish, but the tale of an iPhone that beat all the odds and survived the harsh conditions of the cold and being submerged underwater for 13 hours. We know the perfect title for the tale, “iPhone, and the miracle on the ice.”