The App Store is renowned for releasing games and other applications of superior quality. The drawback in most of these games is their basic and sub-standard controls. You can’t use any Xbox or PlayStation controller unless you’ve jailbroken your iPhone. Most of the games that require an MFi gamepad for your iPhone or iPad are tailored beforehand to be compatible with iOS devices. Here are some of the top MFi Gamepads for your iPhone or iPad that provide joystick level precision, and are worth the money. 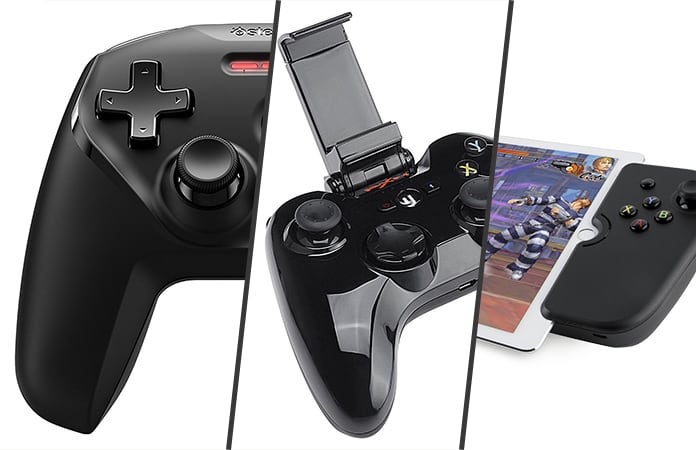 Below are the best MFi Gamepads for iPhone, iPad and Apple TV: 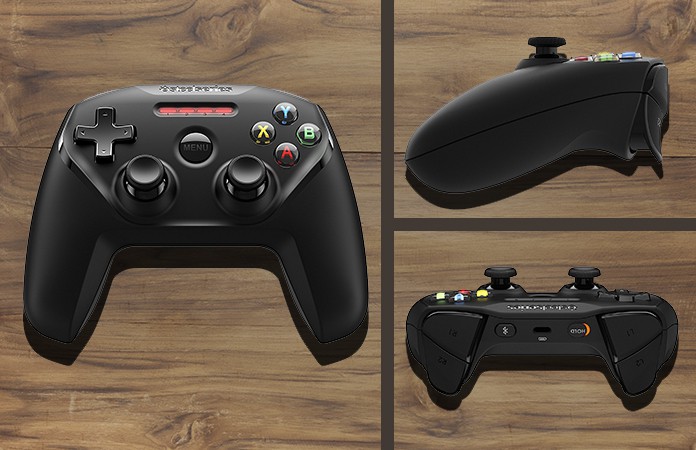 The SteelSeries Nimbus ($44.99) has a superior standard build quality, the texture of the sticks is soft to the touch and the D-pad is awesome too. There are considerably large triggers on its backside but they don’t devalue the experience at all. The Nimbus operates through a Bluetooth connection with your iOS device. Since it’s Bluetooth, there’s always that minor connection disturbance but from the tests we had run, it worked perfectly fine. That being said, it is fair to say that this controller is commonly regarded as the top MFi Gamepad for your iPhone or iPad out there.

The only drawback with the Nimbus is that it is devoid of a clip in which you can place your iPhone. But with much anticipation, there are a few clip-on adapters out there like the Dainself Foldable Holder ($12.99) which ensures comfortable game play. 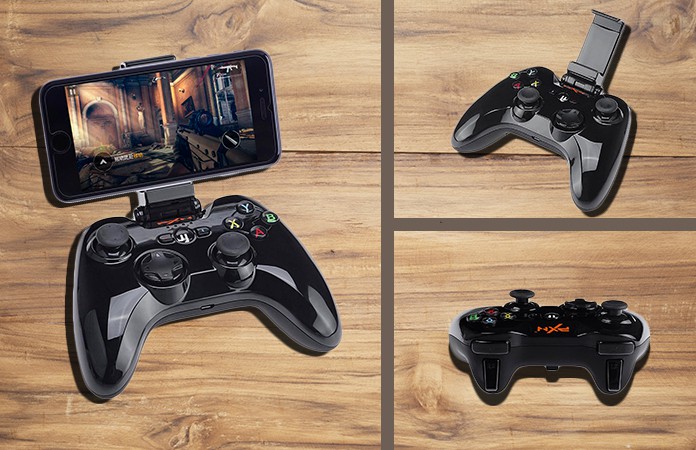 For users who are accustomed to the Xbox game play, the PXN Speedy ($59.95) will be a suitable option for them. The controller shares a similar layout to that of an Xbox controller, with the left analog stick above the D-Pad with the only exception being that there’s a considerably soft material on the back.

Read also: How to Play GBA Games on iPhone

The PXN Speedy is also operational with Bluetooth and to look on the bright side, it even comes with its own detachable clip. The clip doesn’t fold all the way so it’s not portable.

The Best Portable MFi Gamepads for Your iPhone or iPad

If you want smaller MFi Gamepads for your iPhone and iPad, here’s what we recommend:

Gamevice Controller for iPhone and iPad (2017) 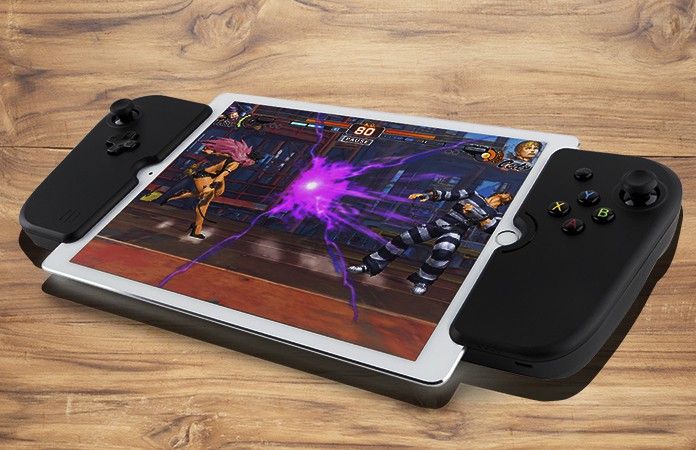 To focus on iPad users, we highly recommend the Gamevice ($98) which is a two-sided controller that attaches to either side of your device, transforming it into an oversized Nintendo Switch. It’s definitely costly but from my personal experience, it’s absolutely worth it. The Gamevice is of varying sizes so that it can be served with all the different models of the iPad. There’s also a Gamevice for the iPhone 6, 6 Plus, 7, and 7 Plus and it folds easily, making it even more portable.

All latest generation Gamevice models attach to your device through the lightning port so there’s no hassle with the Bluetooth. This does mean that they utilize battery power to charge. But the drain isn’t substantial. The older models had a micro USB port and sensitive analogue sticks so we would highly recommend buying the one with the lightning port.

See Also: How to Play Nintendo DS Games on iPhone

The MFi Gamepads for your iPhone or iPad, like the Gamevice, are constructed with rubber so if you’re not too careful attaching them, they might scratch your device. Protective skin like Dbrand would come in handy in such a scenario.