iOS and Android are both very popular smartphone platforms, with their distinctive differences. Android is preferred by the techie people due to its more controllable features whereas iOS is preferred by people who look for simplicity in a smartphone. For the very same reason, there’s more feature in Android smartphones because slight complexity offers more control, and it’s the exact opposite for iOS. Some people switch from Android to iOS because apparently Android seems to be a difficult ecosystem for them; and some make the switch because they want to try iOS out. 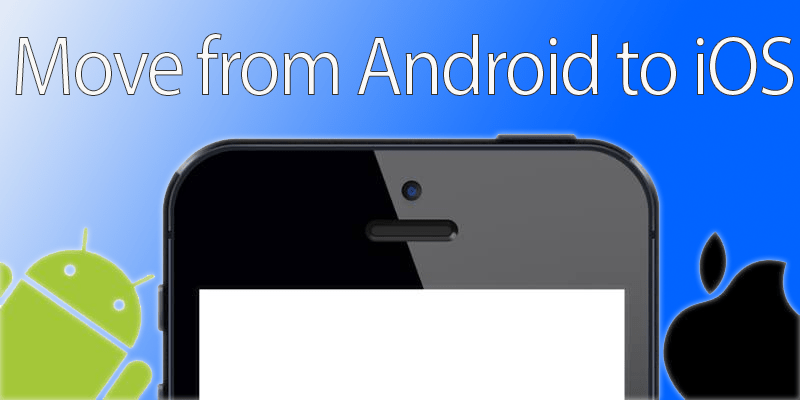 Guide to Move from Samsung to iPhone 7

Whatever your reason is, if you are switching to iOS from Android then these procedures will make your switch fluid and easy.

Before initiating the data transfer process from Android to iOS, the user should check few points:

The Actual Data Transfer Process from Android to iOS

Now that you are done with the checks, you could proceed to copy the data from your Androids smartphone to the new iOS device you got.

Transfer Data from Android to iOS: The first step would be transferring the data from the Android device to the iOS device. While setting up an iOS device, the option for transferring data from Android would be provided in Apps & Data screen. Under that screen, tap on the Move to Android option. However, this procedure will require an erasure of your iOS device. If you don’t want the erase to happen, you will have to transfer the Android device contents to iOS device manually.

Use ‘Move to iOS’ app: The next part needs to be carried out on the Android device you already have. Install the Move to iOS app and tap on Continue. Proceed through the installation procedures and on-screen instructions. There should be a ‘Find your Code’ screen on your ‘Move from Android’ app on iOS, where you would see a code after few seconds. That’s required for the next step.

Put the Code in: Once you get the code on your iOS device, put it in the required field in your Android device. This works like a verification, you should see the transfer process initiate now.

Select Contents to Transfer: The transfer app on your Android device should now ask for the contents you want to move. Be selective here as you don’t want to cramp up your new device.

Conclusion: The process usually happens without any issue. Make sure you download the apps properly on both your devices and have a strong Wi-Fi coverage as well – the rest would be automatically taken care of.

Unlock Galaxy A13 5G Any Carrier with USB Permanently (Instant)