2016 has been an eventful year. Apart from anything else, if we are to consider the technology world, a lot has happened. Samsung has introduced their new Galaxy S7 lineup back in March, the Note 7 was released earlier in August and finally, the iPhone 7 was unveiled through the Apple Special Event on September 7th, 2016. 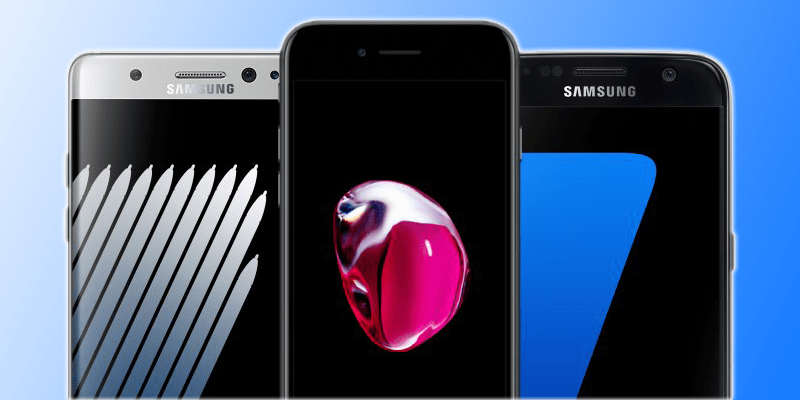 Comparison Between iPhone 7 vs Galaxy S7 vs Note 7

One who has the money to afford any of these three devices would surely be confused as hell! The Samsung smartphones offer a combination of TouchWiz elegance and Android productivity whereas the Apple device comes with simplest approach towards very complicated smartphone technology. Both companies have put their best efforts this year, but how do the iPhone 7, S7 Edge and Note compete against one another?

The CPU underneath all three smartphones are similarly powerful. Exynos 8890 Octa Core is the Samsung made CPU that they have used in both their 2016 flagships. However, the Galaxy S7 Edge comes in a Snapdragon 820 CPU variant as well for the USA market.

On the other hand, Apple has invented a new Apple A10 Fusion chip for their iPhone 7 and iPhone 7 Plus devices. This chip is significantly faster than the previous smartphones, 40% faster than an iPhone 6s. 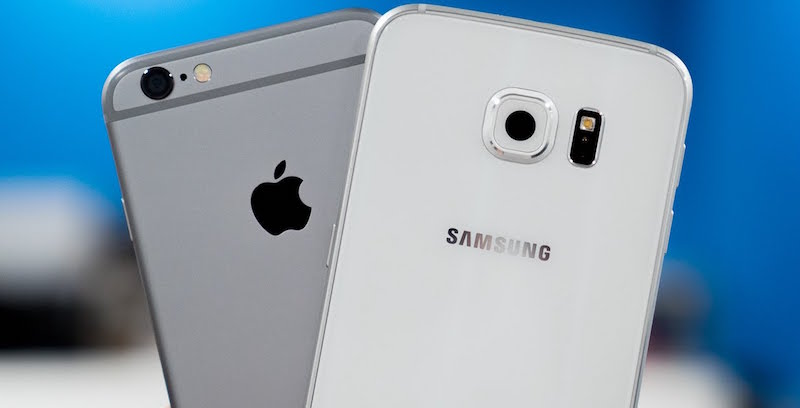 This is the sector where the market would be really confused. All iPhone 7, Note 7 and S7 Edge cameras capture sharp and crisp pictures in all lighting conditions, there’s a whole lot of details and dynamic range in all these cameras. For iPhone 7 Plus, there’s another camera with a double focal length zoom which essentially enables a user to capture portraits with background blurs and zoomed in photos without losing quality. 4K video is supported in all these cameras; also OIS is a standard feature in all of these. All rear cameras are 12MP; Samsung has 5MP front cameras and iPhone has 7MP.

Apple has leveled up their storage game by diminishing the 16GB storage capacity with the iPhone 7 and iPhone 7 Plus. These smartphones now start selling at 32GB base model and the other two options are 128GB and 256GB. Essentially, Apple has just doubled their previous storage specs.

On the other hand, Samsung offers 32/64GB base storage offering for the S7 Edge and Note 7 devices and a microSD card slot alongside. Users would be able to expand the memory up to 256GB, or multiply the memory by purchasing more memory cards.

Fingerprint sensor is a standard equipment in all flagship smartphones now, but Note 7 takes it a little further with the built-in Iris scanner on top of the display. There’s an IR camera which reads the iris of a person and unlocks the phone for authorized persons.

On the other hand, S7 Edge and iPhone 7 are still stuck with fingerprint readers.

Conclusion: If your budget is around $800 for a smartphone this year, then these 3 smartphones should be your top priority. In the end, it all sums up to OS preference because all three smartphones here are totally worth their value.