How many times have you watched a YouTube video and said to yourself “is that even possible?” Likely, several times. Sometimes it’s believable, sometimes it isn’t, and sometimes we don’t know what to say. If you watch the video that shows how to convert iPhone 6s to iPhone 7, you’ll be left fascinated. 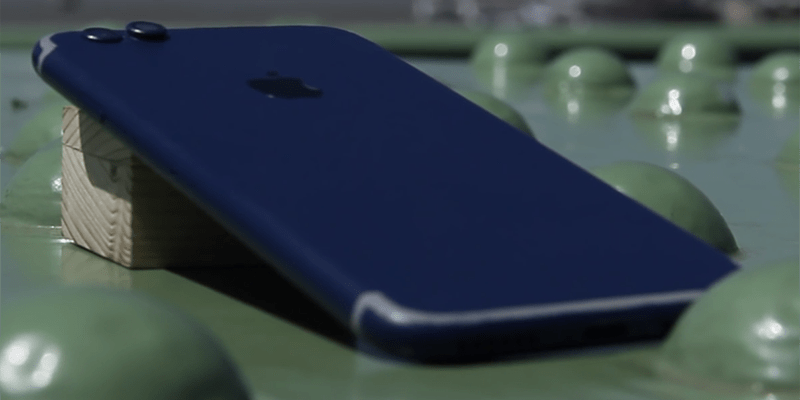 The video, which was produced at Liberty Bridge in the wonderful city of Budapest, showcases a helpless iPhone 6s handset being taken apart by power tools. In an attempt to convert iPhone 6s to iPhone 7, the headphone port of the former is stuffed with a soldering iron as well as an extra unit of camera taken from another anonymous iPhone to put an extra lens on the revamped iPhone 7 to be in line with the rumors that a dual-camera is in the pipeline for iPhone 7.

Other things forcefully inserted to convert iPhone 6s to iPhone 7 were revamped antenna bands, a new Deep Blue chassis and dual speakers. One thing notable about this experiment is that no stone was left unturned to achieve 100% authenticity of the imagined iPhone 7.

We definitely won’t suggest you to conduct such an experiment in an attempt to convert iPhone 6s to iPhone 7. It’s much better that we wait for the original handset to come our way (only 2 months are left, anyway). That said, we admire the experimentation that has been done in this video. It’s not every day that you see anything like this done to a high-end smartphone. It’s a damn fine video, although we don’t think an iPhone should be taken to this extreme.

So with the iPhone 7 expected to be unveiled in September, you won’t have to wait till long to find what new features you’ll have access to once it’s out in the stores. One of the rumors that has caused the most controversy is related to the headphone port, which is expected to be not present in iPhone 7. We’ll wait and see how that turns out.

Till then, enjoy the intriguing video of covert iPhone 6s to iPhone 7.