The smartphones we use these days are the primary communicators for our business and personal communicators. According to different surveys, a lot of emails are now composed and sent through smartphones rather than personal computers. If you accidentally delete an email from the Mail app, there is an easy way to recover deleted email on iPhone or iPad. 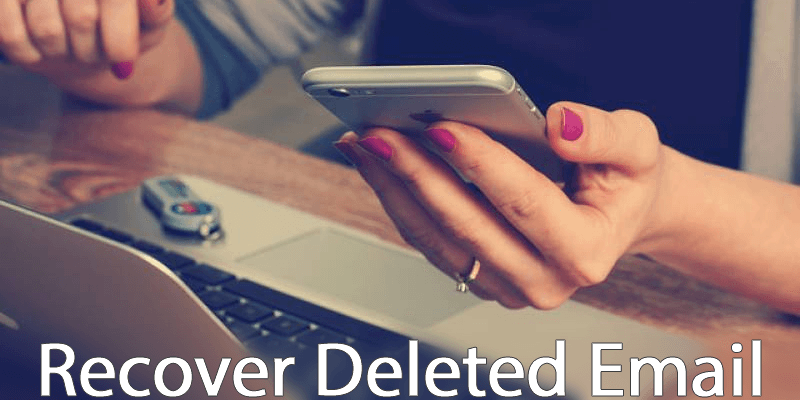 People prefer bigger screens for the purpose, but the number of people using smartphones and tablets for emailing is quite big. And among the population who email through their portable handheld smart devices, a big percentage use iPhones or iPads because the interface is much easier, typing feedback on iOS keyboard is better and it looks nice.

What if things go south one day and you end up deleting some important business deal sealing email from your inbox? Well, no one has to stay in the path of going south, instead the action can be reverted immediately if you know how to do so.

Where can I Find my Deleted Emails on iPhone or iPad?

Okay so the first thing about deleted emails is – where do they even go? It’s not a real life mailbox where one may just shred some paper mails by mistake and there wouldn’t be any possible way of getting them back simply by gluing those papers.

In the email servers, deleted emails are typically moved straight into the Trash folder. After a while, 30 days on average the Trash boxes are cleared as it is automatically assumed that no one looks for a deleted email once 30 days have gone past. However, a lot of people empty the trash folder very frequently for the sake of tight confidentiality and privacy among their private email folders. Where does the emails go in such cases?

Well in these cases the email server might delete the original email from their server, but Mail server keeps an email for 30 days in their storage. A lot of people make the same mistake as you have made, and this feature buried into Apple’s native emailing app ‘Mail’ actually helps a lot of people to get their precious emails back. Since the Reply and Trash buttons are located quite closer to each other in the Mail app, it’s a common mistake to make.

To recover a deleted email on an iPhone that wasn’t deleted any more than 30 days ago, do the following steps:

Conclusion: The best idea is to never delete an important email in the first place. But just in case there’s an accident, you can always recover the mail this way.

How to fix iPhone Email Stuck in Outbox or Unsent Mail