While a bug might be the root cause of this issue, it is also possible that occasional glitches could be causing the problem to rear its ugly head. Let us take a look at how to solve WiFi not working in iOS 12 on iPhone or iPad easily. 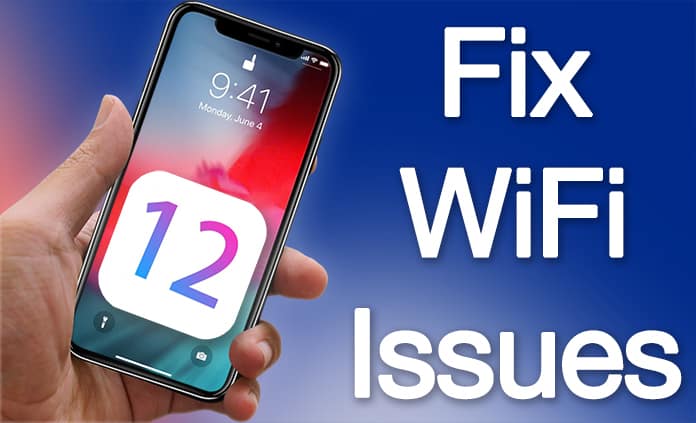 Many users will be able to relate to the fact that the WiFi doesn’t work well on their device after upgrading to iOS 12. The WiFi often disconnects or the WiFi icon doesn’t show up while connected to a network. A gut feel said that this problem was the result of some bug or the other.

How to Troubleshoot the WiFi Issue in iOS 12

The best way is to check out all the methods to solve this problem until one of them actually does the job. These troubleshooting tricks are all given below:

First, disconnect the device from the WiFi, restart it and reconnect to the network. 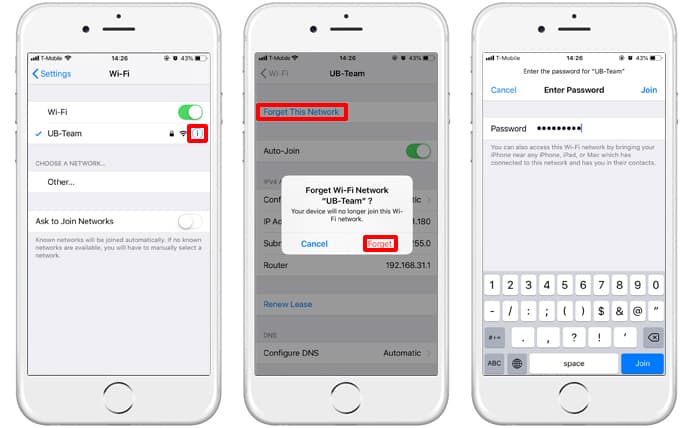 For the iPhone SE, 6S+ and 6S and earlier, press and hold the home and power ON/OFF buttons simultaneously for around 10 seconds.

For the iPhone 7/7+ press and hold the ON/OFF and volume buttons at the same time.

Once the device has rebooted, turn on the WiFI and try to connect to the network normally. Usually the problem should have been solved by now but if not don’t fret, it is time to go for some of the other solutions to fix iOS 12 WiFi not working issue.

Fix 2: Check your Router & Test your WiFi With Other Device

Sometimes the source itself can be the problem, in this case the router. So, try to turn off the WiFi router and unplug it from the power source and wait for a short period of time. Proceed to reconnect it and try connecting again.

Also try to connect to another WiFi network if there is any available. If it does connect you will know for sure the problem is with the router. The WiFi not working in iOS 12 again? Try the next fix.

Attempt to turn off the WiFI networking services on your device and once it is disabled it will stop your location from being used for WiFi networking. 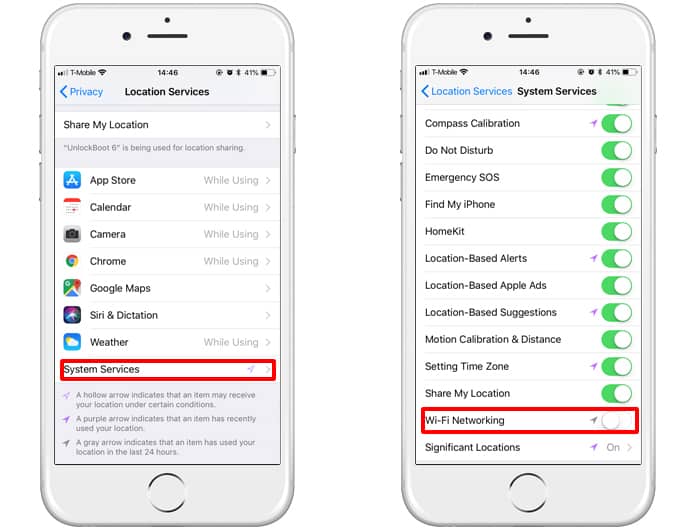 Once the problem does get resolved and the WiFI works well just turn the feature back on. To do so just follow these same steps and toggle the switch on for WiFi networking. Now you can connect to the WiFi network again and if the issue is not resolved, move to the next fix. 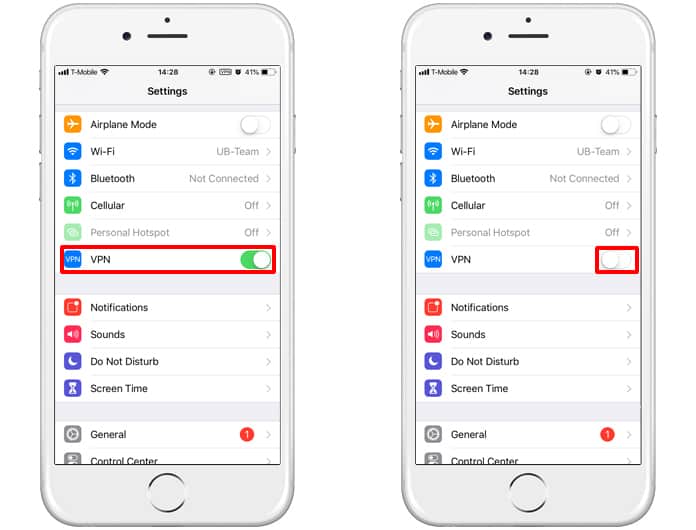 If you are using VPN simply turn it off for some time to see if it works without it. You can disable it from Settings -> VPN. 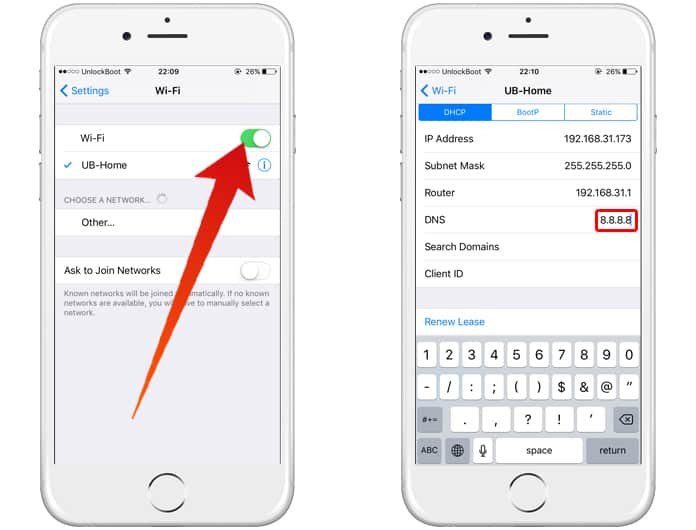 Occasionally switching to Google DNS or OpenDNS would be helpful in resolving the WiFi problems on the iPhone. So trying this method can also be quite helpful.

See Also: How to Use CloudFlare DNS on iPhone or iPad

Fix 6: Resetting the Network Settings of your Device

This is a very reliable method to use and has been resetting network settings for a long time. To try it just do the following: 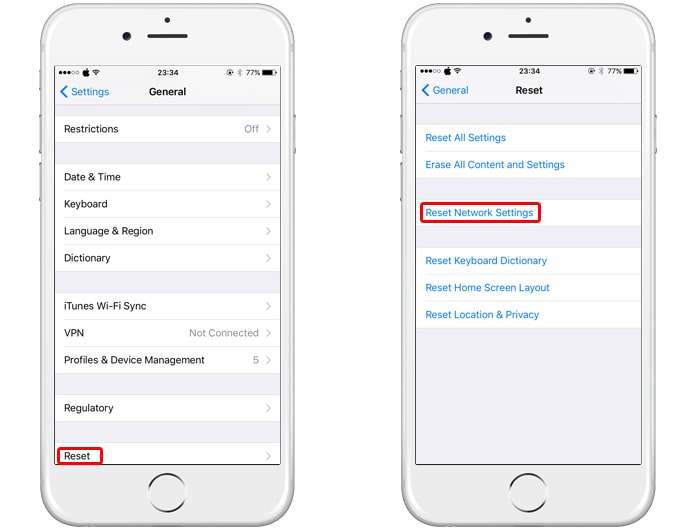 After doing all this connect to the WiFi and all should be good. If not, proceed to the next solution.

If all methods till now have not worked then the only conclusion remains that iOS 12 isn’t meant for you at least for the time being. So, give up for the moment and downgrade from iOS 12 to iOS 11. In case you do not want to do that wait for the iOS 12 update and once it arrives just upgrade.

By using one of the fixed mentioned above, the WiFi not working in iOS 12 issue should be resolved and your iPhone or iPad will connect to any Wi-Fi network without any issue.

Let us know which of these methods works for you best and which doesn’t. Thank you for your time.