Blocking phone calls, numbers or messages is amount the standard feature in the modern Smartphone. Let us face the truth that there are many people from whom we just don’t want to hear from. So it is very baffling that the Cupertino company has not allowed blocking of text messages and calls into its brand new & completely redesigned Apple iOS 7 firmware. 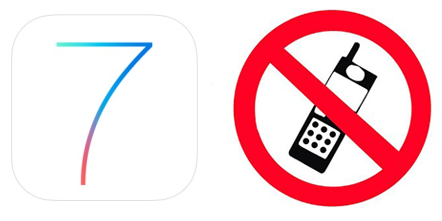 How to Block Calls & Messages on iPhone

So in the new iOS 7 you can easily block unrelenting exes, irritating friends, spammers, as well as telemarketers. Here is the method using which you can block iMessages, calls and texts in iOS 7.

How to Block FaceTime / Phone Calls in iOS 7? 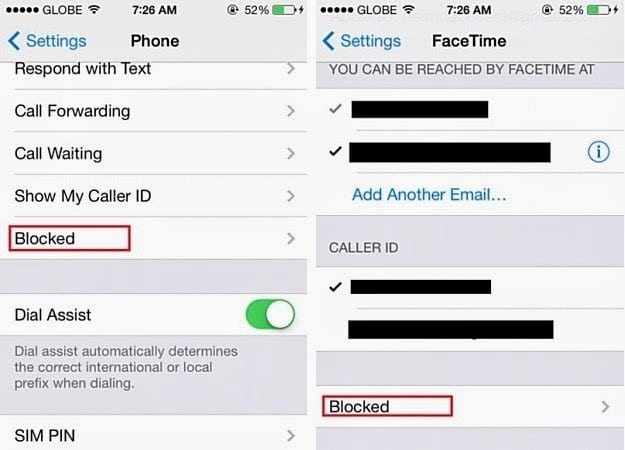 The process is a lot similar to blocking calls on iOS. You just need to go to Settings and then Phone/Facetime and select Blocked option under it and start adding unwanted contacts in your block list. Again the block list is applicable to text messages, calls, iMessages as well as FaceTime calls. This means that even if you want to bock messages from a contact, you will also be blocking his calls too. At present there is no particular way to block only calls or messages.

How to Block Text Messages in iOS 7? 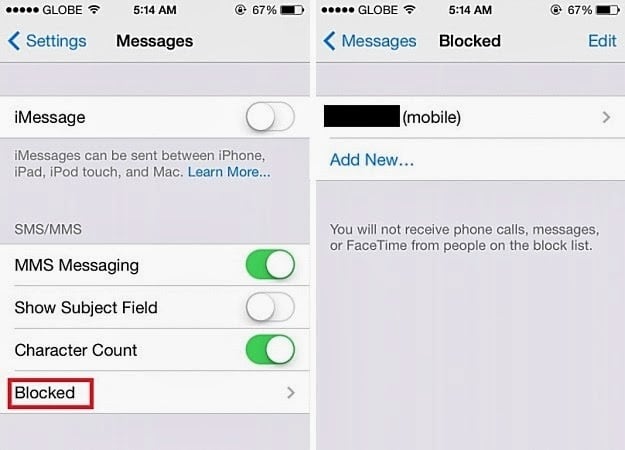 If you intend to block text on iOS 7, you simply need to go to Settings> Messages and then select Blocked. When you tap the Blocked option, you will be taken to a list of contacts that are blocked. There you need to select the “Add New” option to add another contact to the blocking list. And that is all. You must keep in mind that the block list is totally universal meaning that after you have added a contact, they will not be able to contact you in any way.

How to Block Unknown Numbers in iOS 7?

Now the question arises that what if you want to block a number that is not a contact saved on your phone. The process is also almost same. To block any number that you have recently came across, you need to go to Contacts and then select the recent option. There you are going to see an “I” symbol that is located on right next to contacts name. Tap the “I” symbol next to the contact whom you want to block and then scroll down and you are going to find “Block This Caller”. All you need to do is to select that and it is done.

To block any number who has just messaged you, you need to go to Message application, track down the contact, tap on the conversation, and you will see the contact button present on the top right corner. There you will see the same “I” button, tap on it, scroll down, and the select the Block This Caller option.

How to Unblock a Blocked Person in iOS 7? 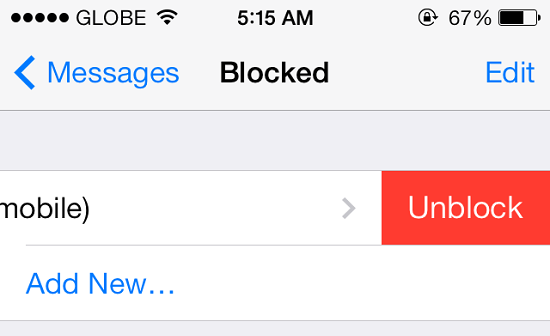 If you want to unblock a person, that is very easy just like blocking any number. You just need to go to Settings and select any of the Messages, Phone or Facetime option and scroll down to select Blocked option. Then you will be able to see the official blocked list. To unblock, simply swipe it to left on the name and a red button is going to appear.

As it is illustrated for the above passage that blocking and unblocking is very easy in iOS, however, we will be glad if we can block certain functions in our phone in the coming future, but that is simply nitpicking.

Learn How to Turn Off Caller ID On iPhone

How to Sort iPhone Contacts by First Name in 3 Steps

Guide to Remove Favorite Contact from iPhone in iOS 11 & 10