The graphic interface of iPhone and iPad is always very flexible. The interface is simple enough for a child and powerful enough for all experienced users. 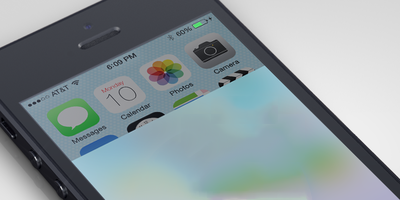 Special feature in the new Apple programming environment is the transparency glass effect. Many elements of the iOS 7 are to the effect of volume – the layers above the main interface. In this case, anything below is becoming blurred as behind frosted glass. This effect is observed in the OS everywhere, including Notification Center, item management, a top panel with clock and other items. Most people felt the effect of frosted glass is quite interesting and can’t be found in another devices. 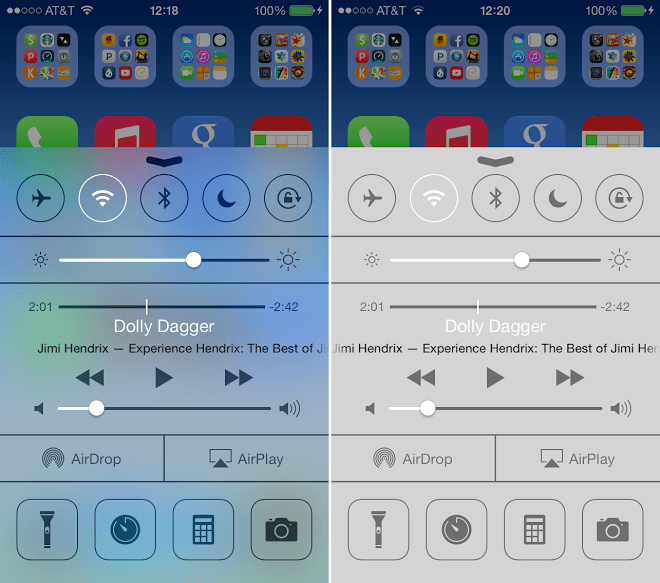 Fortunately, for people who think graphic bells and whistles iOS 7 redundant, Apple has provided a way to simplify the design of the iOS 7. To disable the translucent glass UI effect you can go to: 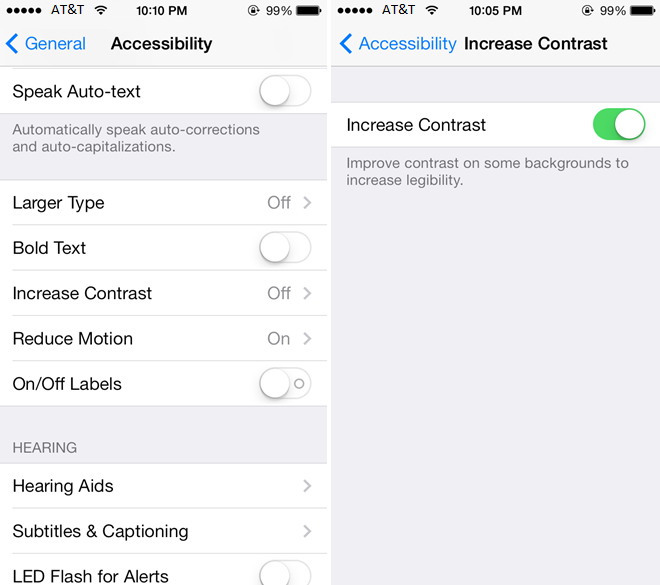 It is easy to see that now the iOS blur effect disappeared from the interface of iOS 7. Where the present transparency of such control point, now have a gray background, and the Notification Center have a completely black background. 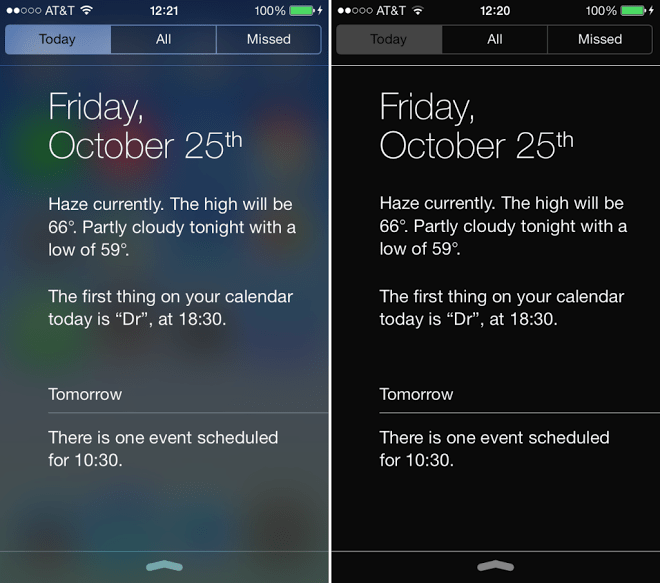 Disable Blur Effect to Speed up the Device?

However, the device with disabled transparency effect works visually faster, especially on the oldest devices. So, the iPhone 4 and the iPad mini, most animations, such as opening blinds, scrolling home screens, launching apps, now are disabled and the device works very smoothly.

iOS 7 has received many important functions, the interface has become easier and more convenient. Users will either have to accept the fact that there is, or wait for solutions for software modding & tweaks. With the release of iOS jailbreak 7 to change the design of the iPhone and the iPad.