We recently informed you about the release of iOS 7 beta firmware. Since the inception, there have been a lot of features discovered, and the list doesn’t seem to end. 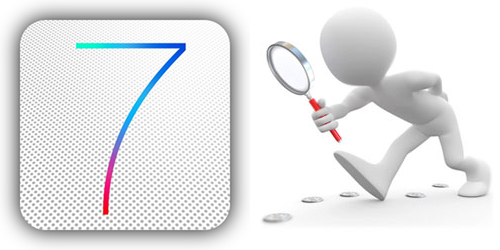 Panels, simple interface and what not, the iOS 7 is a completely new OS that’s poised to take the world of iDevices by storm. You may be looking for some insight on iOS 7 best features.

Here’s a list we gathered to give you the best details possible. 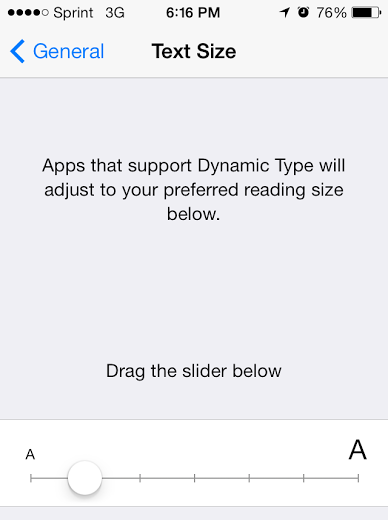 Small fonts don’t go a long way in helping you with reading text messages, particularly if you have a weak eye suit. iOS 7 will allow you to adjust font sizes of any installed app that’s compatible with the feature.
Adjusting the font size is quite easy. First you need to head over to Settings, then General and scroll down to select an option titled ‘Text Size’. At this point, a slider will appear which you can slide left or right to make font changes. Most of the stock apps like Mail, SMS etc. will support this feature. 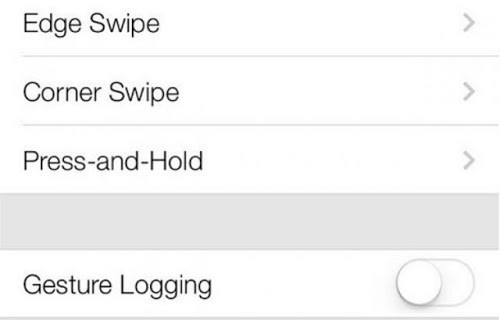 Using gestures on iOS is nothing new, especially for jailbroken iOS users. However, iOS 7 takes gestures to anywhere level and the entire device can be controlled through a swiping gesture. You just need to do a hand wave to perform most actions, without requiring all the tapping. Safari search, lock screen unlock and many other gestures can be performed without having to tap the screen. 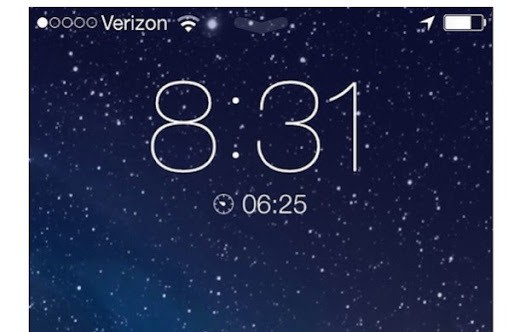 Timer Clock is a pretty handy feature you’re going to find on iOS 7. You won’t need any tweaks for stop watch because it will allow you to use your iDevice as one. What’s new in this is that the watch can be toggled on or off directly from the lock screen.
All you’ll need to do is configure a timer, lock screen and the timer will become active – quite easy to configure once you give it a go. 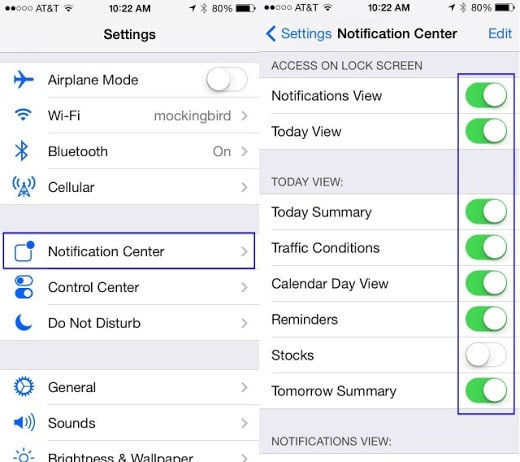 This feature hasn’t been explored by many so far. It displays all the information from Google and presents it on your lock screen. You can get details for Day View, Reminders, Stocks, Tomorrow’s Summary, and Weather Conditions etc.
The best thing is that all the updates will be available on the lock screen, so you won’t have to unlock the screen every time an update is received. 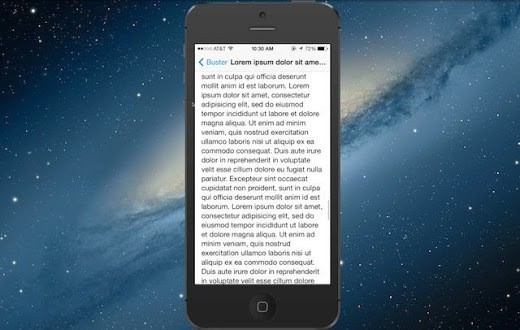 If your folks have the habit of sending you detailed messages, you know how inconvenient it is to scroll up and down to read the entire message. Luckily iOS 7 has a solution for this problem. When you receive a long message, you can see it in full screen by double tapping on it. The font of the message may get smaller, but you would cherish when you’re able to read the entire text without having to scroll. 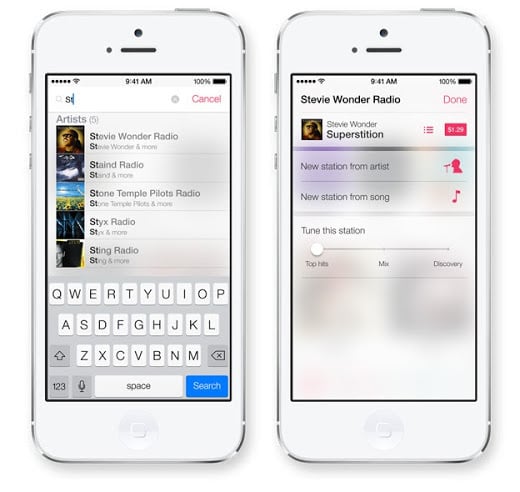 You have probably heard a lot about this radio and have an idea of how it works. However, you may not be aware that it allows you to search songs, artists, albums and stations on demand – this is the real functioning of the Pandora.
The radio works on all iDevices as well as Mac computers. If you’re an iTunes Match subscriber, you can also remove the advertisements. 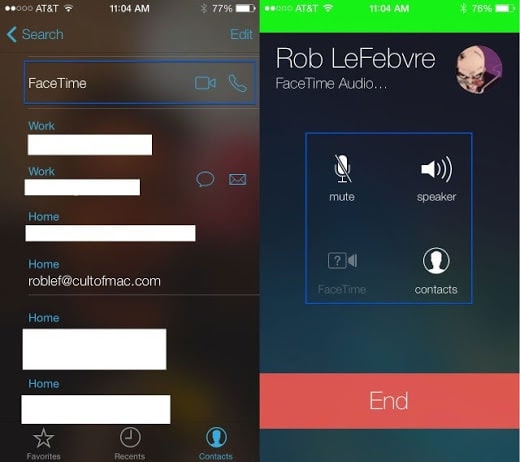 FaceTime calls were previously limited only to videos. However, iOS 7 will allow for audio FaceTime calls.
We didn’t find this feature quite handy however as normal calls would service the purpose quite well. FaceTime without video calls doesn’t seem useful. Viber and Whatsapp also serve the purpose. 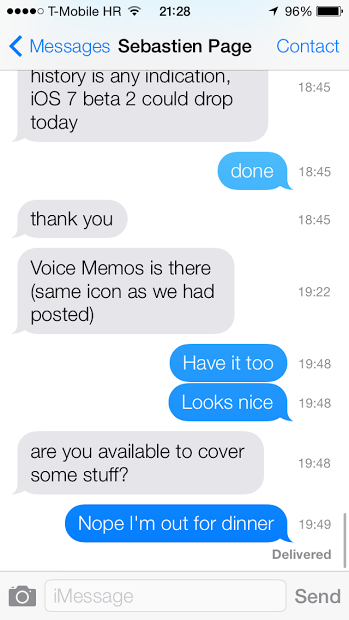 iOS 7 won’t include any timestamps. However, they haven’t been completely eliminated, but hidden so that you can getter a better experience while messaging. However, if you’re accustomed to them, you can tap on the message and swipe it leftwards. This action will make the timestamp appear on the right. 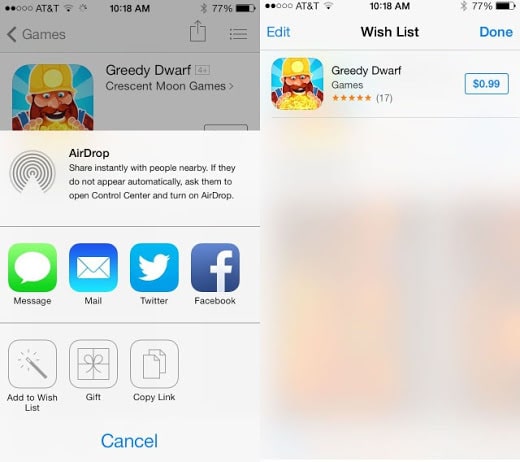 You find a lot of apps that you want to install on your iDevice, but it’s not possible to do so because you don’t have enough money at the moment. The wish list feature of iOS 7 will allow you to store apps for later purchase.
This is handy because you may forget what apps you searched for after a month or so and saves time because most of the apps you want to buy when you get money are already on the list.

10. Toggle off updates for apps 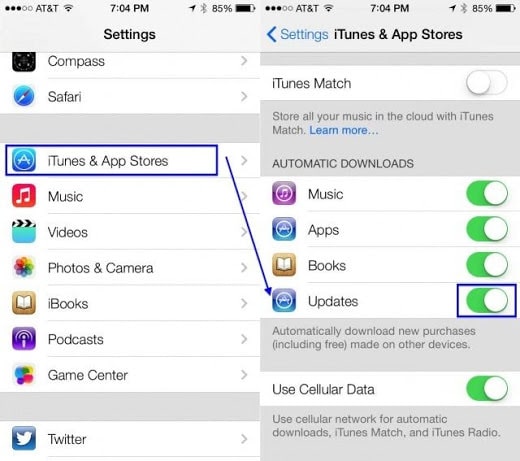 You know that apps are updated now and then, but it may be the case that you don’t want updates for several apps. Updates can cause harm especially if you’re using Mobile Data. iOS 7 will allow you command over updates manually.
If you want to stop updates for an app, go to Settings > iTunes & App Store > scroll to Automatic Downloads. This is the place where you can stop the updates.

This was the complete list of best iOS 7 features. Did we miss out on anything? If yes, feel free to add in the comments section below.