It has been six weeks or little more since iOS 7 has been launched in the iOS operated devices, but there are some customers that have started looking forward to its successor, i.e., iOS 8.

There is no doubt that iOS 7 has taken a big leap from earlier versions in terms of design, but as it is same for each any every software, a plenty of improvement can be done in it in terms of functionality.

Keeping this in mind, one of the designers Sangam Bhandari has been struck with a beautiful concept idea of iOS 8. We cannot deny that we all loved the changes that had been done by Apple, but still it is very hard to find holes in the elegant and beautiful Bhandari’s imagination. 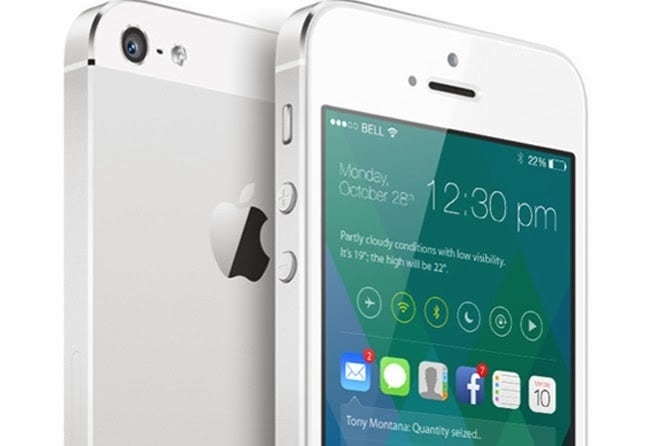 The center of whole idea is revamped homescreen, that could prove to be a lot functional than the present homescreen that contains grids as well as icons in it. In spite of the different alterations that have been added in last twelve or more months, we cannot deny the fact that the home screen still is one dimensional, but when we have a look at Bhandari’s concept , we see that it has been turned completely upside down.

The working of the current Control Center and Notification Center is like an amalgam that brings hordes of information at the fore in a glance. BY flitting in between of the icons from the notifications and intensive applications like mails and messages etc. you will be able to check your notifications straight from your homescreen. There is also another option available in which you can easily click on the notifications and check them then and there without needing the open said application, although it has not been explicitly detailed in the present concept.

The functionality is going to improve a lot as the concept is having a engaging as well as inviting feel present in it. If we take into consideration any kind of Smartphone interface, it should be designed in such a way so that it is easy and nice with the user as much as possible, and the iOS concept fits it perfectly.

One of the great things we see in iOS 8 is that, in spite of so much of things going on, it still manages to present itself fairly minimal. It is not at all over cluttered with any kind of add ons, and as being a fan of simple as well as understated design we are definitely going to call it a winner.

So what are you thinking? What is going to impress you? What if in the coming year’s WWDC, Apple unveils something that is along these designed lines, or the new look of iOS 7 makes you happy? You are free to share your thoughts with us!