Since December last year, Google Maps app is available for all iOS devices in the form of an official Google Maps application from the Apple App Store. 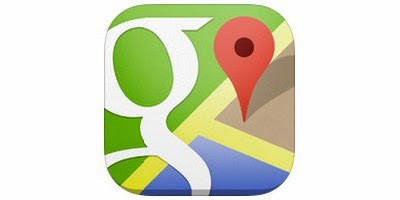 The emergence of the corporate client in Apple’s mobile platform was a welcome event for the people complaining about the poor performance of regular Apple Maps in iOS 6.

Google released a new version of its mobile maps app, with improved navigation features. Google Maps 2.3.4 for iOS has been simplified the access to the navigation route and overview of the traffic. The application allows you to know in advance about accidents and traffic jams on the roads and trails to use, calculated for the public transport of passengers, cyclists and pedestrians. 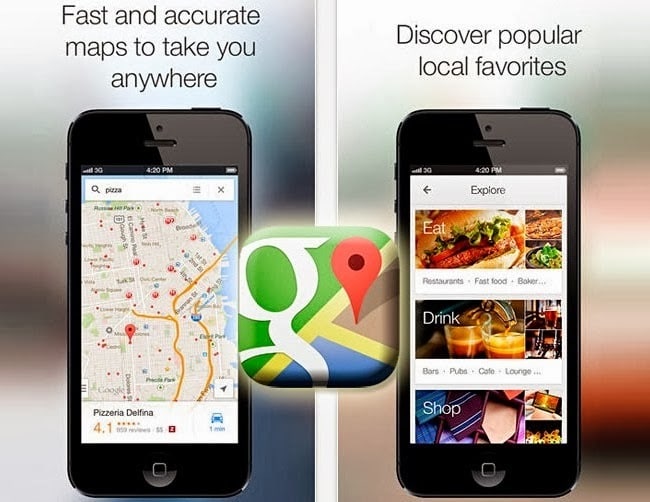 In the new Google Maps App you can see hints and tips in the sidebar and adds support for Arabic and Hebrew languages, including voice navigation. 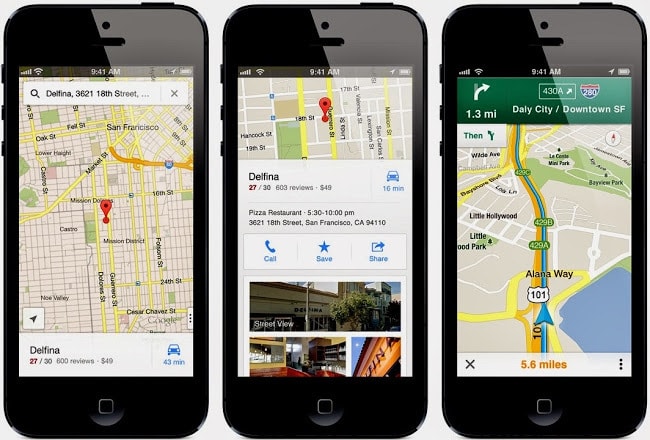 In the description of the Google maps app Google reminds that using their cards you can instantly find the best cafes, shops, cinemas and make virtual walk using the Street View option. In the application, you can save your favorite places and quickly return to the routes and locations that are searched earlier.

Google Maps is a free app and can be downloaded & installed on any iOS device. Download Google Maps for iPhone, iPod touch and iPad [iTunes link]