A few minutes after the official presentation of the iPad Air, Apple released a iOS 7.0.3 software update. This update fixed numerous bugs and added Keychain iCloud function to synchronize passwords between Apple devices. 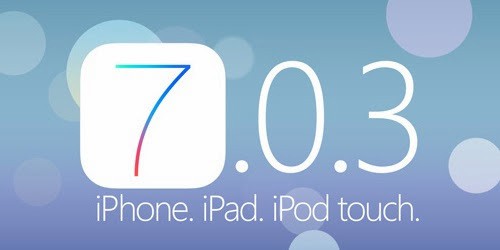 To install the iOS 7.0.3 update you can go to settings of the device or you can download IOS 7.0.3 from our inks at the bottom of the article.

First way to install iOS 7.0.3 is by using the Over the Air update method:

The Over the Air update size in between 70MB and 120MB depending on the gadget being updated on.

Those of you who prefer to install iOS 7.0.3 manually with a iPSW file, can use the official direct IOS 7.0.3 iPSW download links below: