It has been a wild ride for the iPhone 5 rumors. There have been numerous leaks of internal and external parts, and confirmation for multiple sources suggests that they do hold some value.

Well, if you still think otherwise, we have news for you! The diagram below shows that many of the previously leaked parts of the upcoming iPhone fits perfectly in the recently-leaked motherboard.

This diagram has been created by the experts, iFixYouri. 9to5mac reported this diagram, as they have been leading the pack for leaked parts since they published the back covers photos back in May. Here’s a report from them:

..One of the biggest points to note is that many of these leaked parts fitting together nicely on the motherboard (obviously, image size aside) probably means that these parts are legitimate.”

Despite so much evidence, people are still not convinced about the legitimacy of these components. This time around, the leaked parts has been so large in number, if you count out the iPhone 4, that people are wondering how this is possible as Apple is a company that is pretty much strict about secrecy. 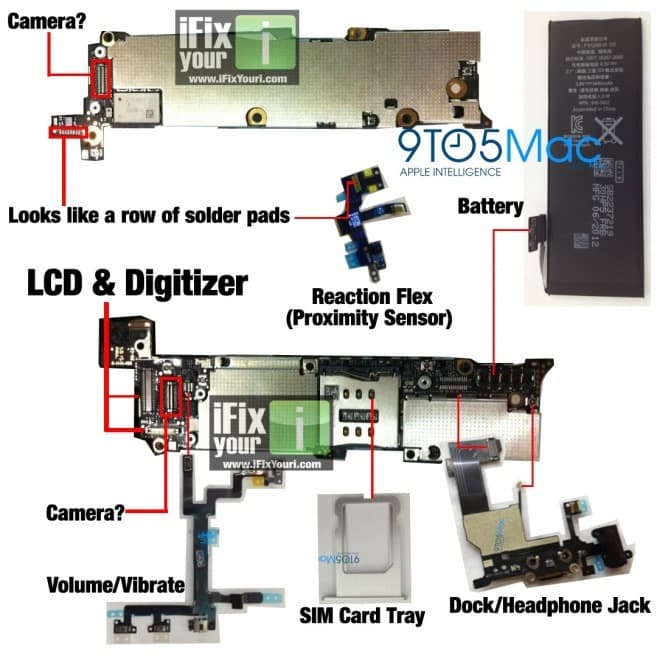 However, these parts are not coming out of Cupertino, where there are strict security measures with cameras and all. They are being leaked out from a place where the company hasn’t much control, the supply chain. The supply chain consists of many component manufacturers, with a large list of employees. The employees are underpaid, and they are offered a good sum of money by third parties and case manufacturers for leaking out parts for the fruit company’s products.

If you are still not sure, Don Lehman points out that creating an elaborate device would require the same effort and design that goes into making an actual smartphone. However, as always, there is nothing that is certain. No one knows the real shape of the next-generation iPhone.

However, we will get to know at the September 12th media which is just a month away. However, these leaks provide a good idea of the design and features of the upcoming iPhone. Feel free to comment!