Till now, we’ve come across many rumors about the upcoming iPhones. But the video in this post removes all doubts about the features, designs and functions of the iPhones of 2018. In 2017, Apple introduced three new handsets. Alongside the iPhone 8 Plus and iPhone 8, the Cupertino company also introduced its anniversary handset called iPhone X (also known as iPhone 10). In 2018, Apple is again planning to introduce three new iPhone models, and there would be other surprises, as well. 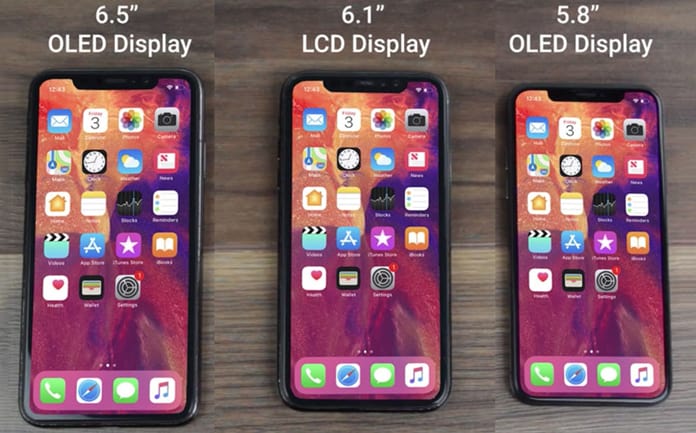 However, the outcome of most surprises won’t be an unexpected handset. Instead, it would be something related to the features and design of 2018 iPhones. Previously, there were only gossips and occasional talks about 2018 iPhones. Then we were introduced to the rendered images of the 6.1-inch iPhone Model.

When the dummy units of 2018 iPhones were tweeted by Ben Geskin, the rumors were perceived seriously. And in 24 hours, the same person uploaded a video featuring 2018 iPhones. This leaves little to imagination about the physical features, size and other aspects of the upcoming iPhones.

Also, Mobile Fun released a video that takes a first look at the future iPhones. The accessory maker for iDevices got its hand on two high-quality replicas of two of the future 2018 iPhones that Apple is supposed to introduce in September.

As for the names of the future handsets, the largest model is said to be named iPhone X Plus, and the others iPhone, and iPhone XS.

The iPhone X Plus is going to feature a big 6.5-inch OLED display, and the iPhone 2018 is said to have a 6.1-inch display. Also, the 6.1-inch model is likely to feature an LCD display and might be sold at an affordable price to attract middle-income groups. 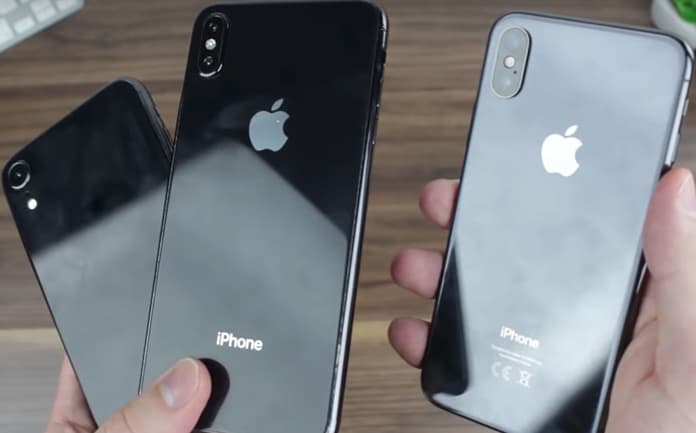 The third model, iPhone XS, which falls in line with iPhone X Plus, will be featuring a 5.8-inch OLED display.

Apple has hinted that the 6.1-inch iPhone will be a budget-friendly variant, with a single rear camera. On the other hand, iPhone XS and iPhone X Plus are expected to arrive with a dual rear camera. All that root out any chance of a triple camera setup that has been floating as a rumor. Also, the current replicas show the bezels wouldn’t be thinner. Lastly, other features like the power button, silent switch, SIM card tray, lightning port, and volume buttons will remain the same in all 3 models.

Excited? Yes, We Are!

The video confirms that three iPhones will arrive in September. One affordable and two luxury ones.