The iPhone 5 is going to be unveiled on the stage. Unlockboot already informed you about the release date. It was also thought that iPhone 5 pre-orders would begin on September 12th as well. 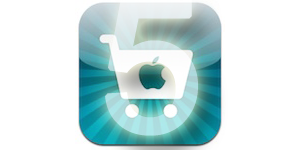 However, new information suggests otherwise. The news is that iPhone 5 pre-orders would begin from Friday, September 14th, 2012. Read on to know all about it!

MacRumors has the story:

According to MacRumors, the pre-orders might not start after the media event and may start on Friday, which would be similar to what happened last time. It’s also being said that the fruit company’s online sales support team is increasing the staffing levels on Friday, at 6:00 AM Eastern. You can expect to see increased staffing around that time in the morning as well as for the rest of the day in order to cater to the customers.

“MacRumors is now hearing that pre-orders may not begin tomorrow following the media event and that they may instead start on Friday morning in a scenario similar to last year’s debut. We’re hearing that certain portions of Apple’s sales support team are significantly increasing their staffing levels beginning at 6:00 AM Eastern on Friday, with a major surge for the initial shift beginning at that time and a sustained level of high staffing for at least the remainder of the day.”

The report further informs that there’s no specific time known for the pre-orders. Last year, iPhone 4S pre-orders started at 12:01 Pacific time, and also happened to start on Friday after the launch.

Well, let’s wait and see for ourselves what happens after few hours. If this story is true, you may get more time to collect funds or sell the previous version to get your hands on the latest handsets.

How many of you are going to buy the next-generation iPhone? Feel free to comment!