The release date for iPhone 5 is getting closer, as previously announced it will be somewhere between September and October. 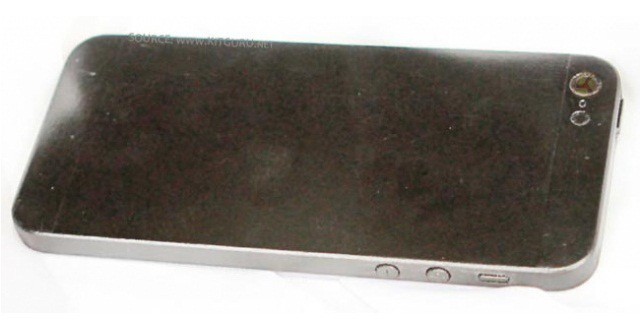 As time passes we are getting a growing number of details regarding one of the most anticipated device in the current year, the next generation iPhone, the iPhone 5. Now it seems that we have the leaked iPhone 5 test unit and it is coming from Asia.

The pictures that you saw look very realistic and they show the apparent iPhone 5. Those images fit with every “rumor” and “leak” there were regarding the next generation iPhone 5. A more substantial 4+ inch screen clearly allows us to compare it with a current iPhone model using a 3.5 inch screen (above picture). This leak regarding iPhone 5 came as a courtesy of kitguru.net, and they claim they have the real iPhone 5. Check out the pictures with the “apparently” real iPhone 5 yourself and see whether it is real or maybe not.

The picture previously mentioned shows the 19 pin dock connector which was eagerly expected and lots of reports have did actually confirm it. Although we can notice some connection with previous rumors but I it is actually hard to believe that this might be the real iPhone 5 which Apple is anticipated to unveil in autumn this year.

This leaked iPhone 5 remains to be only a “test unit” as kitguru.net stated, but the interesting thing actually is that although we have witnessed lots of earlier leaks about iPhone 5 expectations, kitguru.net had removed this article “due to outside pressure”. Is Apple possibly that outside pressure? In every picture the home button is being replaced by their watermark.

Whatever this turns out to be, genuine or not, it did create a huge publicity stunt with first posting the pictures with their watermark and website name and then to remove that all with the reason “removed as a result of external pressure”.

What are your thoughts about this? Are these pictures of the real iPhone 5? Please share your opinion in the comment section below!