Despite the fact that this isn’t something that takes place regularly, having a dead or stuck pixel is a sad reality of buying an iPhone or iPad. The chance is always there, and in case you are one of the unlucky ones there is no need to fear, there is an easy way to fix this issue on your own. Think of it this way, even if nothing goes right you can still return your device and get a new one. Read on to learn how to fix a dead pixel on iPhone or iPad. 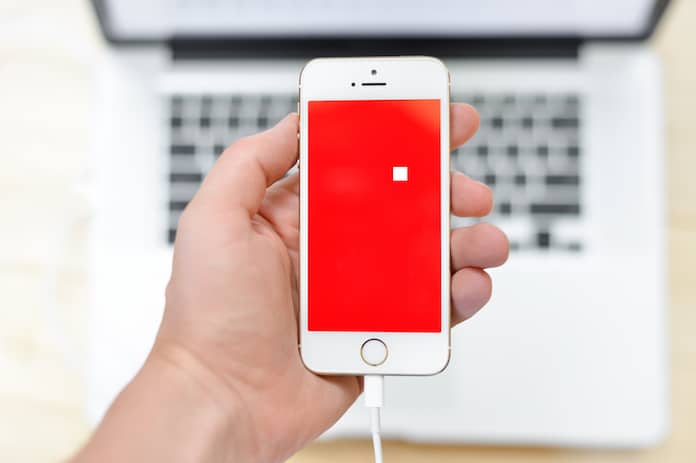 Keep in mind that this issue isn’t specific to only iPhones; it’s possible for any LCD or OLED or any system that makes use of microscopic light bubbles to shape a picture to have this issue. The standard iPhone has 3,001,500 individual picture elements and the oversized version has about 6,220,800 lighting units. So, a few pixels not working as they are supposed to can be expected.

Difference Between Stuck and Dead Pixels

Identifying the cause and root of the problem is the first step to take when dealing with such an issue. A dead picture element is one that doesn’t light up at all when activated. For this reason, it isn’t noticeable at all when the screen displays a dark background and is only clearly visible when contrasting with bright white or colored wallpapers.

Stuck pixels, on the other hand, are screen elements that freeze in either of the red, green or blue states as dictated by the subpixel. They don’t switch to the required color and are much easier to fix. Dead pixels may never function the same way again.

The simplest and easiest way to detect such pixels is to use different colored backgrounds on your device. A simpler way to go about this is to do the following: 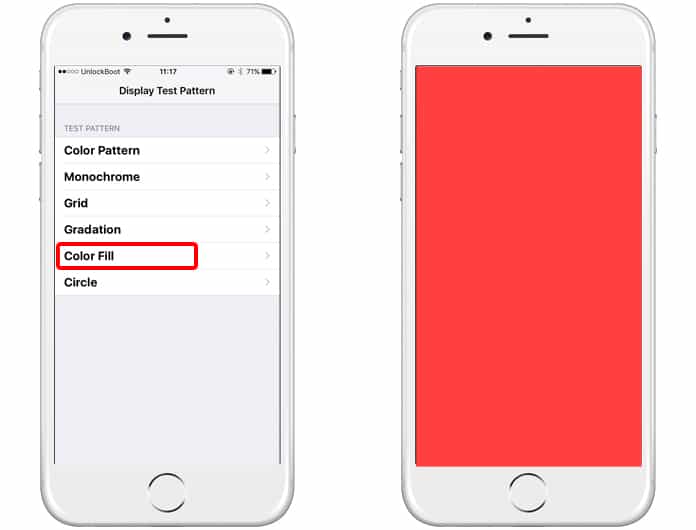 Results: If there are patches or dots that are clearly distinguishable from the background this means that there are dead pixels on the screen. In case the problem really sticks out on a white background you will see a black dot showing a dead pixel. If the pixel is noticeable in other colors then it is probably a stuck pixel and that can be fixed.

How to Fix Dead Pixel on iPhone or iPad

Third party software are available which can excite lazy pixels or get it out of a hibernating state and show it how to refresh with other picture elements. It has a success rate of more than 60%, is free and really easy to implement. 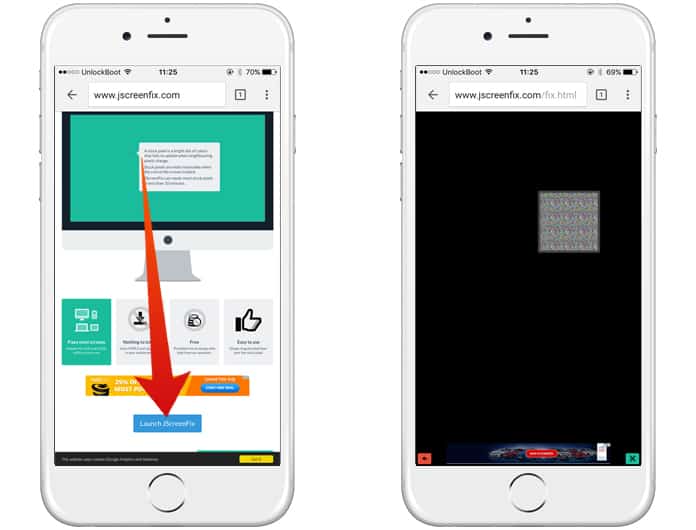 Keep in mind that there isn’t a sure shot guarantee that the method will work on the very first attempt. So, in case it doesn’t, don’t give up and just try again. If it stays defective, however, it may be a hardware problem which requires professional help from an Apple Store. If your device is under warranty, it should be replaced easily.

Dead pixels are harder to fix since they enter the realm of hardware troubleshooting. If the above the method doesn’t work there are two other methods you can try out for yourself: 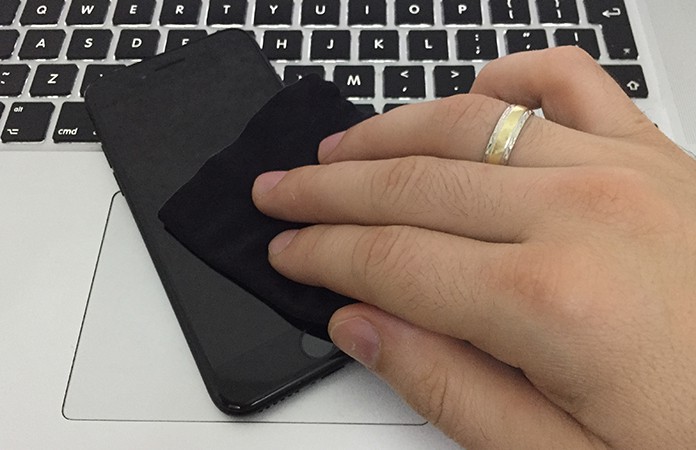 Use a lint free cloth wrapped around a finger or the eraser end of a pencil and apply pressure to the dead pixel area. Gentle taps could remove any impurity that is hampering the performance of the picture element. Don’t press too hard on the screen!

What this method does is helps the liquid crystal flow in areas that may not be properly filled. Warm up some water close to boiling and then pour it on lint free clothing. Once that is done, use gloves to handle the cloth and place it in a sealed plastic gab. This will become a heat pack of sorts and you can use it gently massage the device screen and hope this treatment fixes the dead pixel.

Read Next: How to Calibrate iPhone Screen

Hope most of you are able to fix stuck or dead pixel on iPhone with these steps. Feel free to leave comments.