Gone the days when we used to connect our PC or Laptops with a DSL or Optic Fibers line to use the internet. No almost everywhere who has internet, use some kind of a router to connect to internet wirelessly. But it does not mean having a WiFi system, you can get internet to every inch square of your house, to do so you will either need a Google WiFi or Google WiFi alternatives. 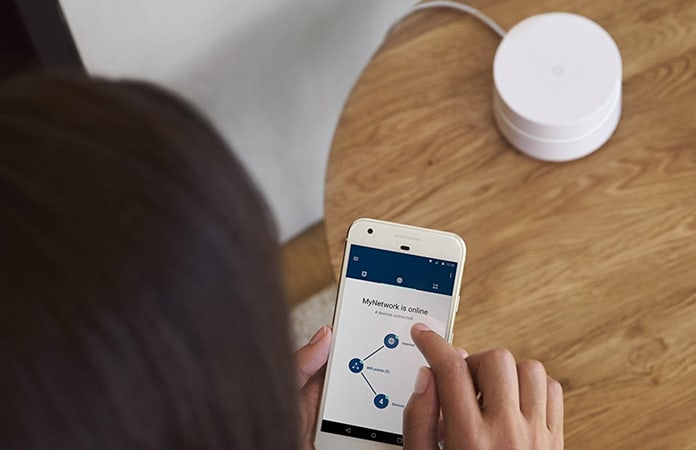 What is a Google Wifi System?

Well, a Google WiFi system is a mesh-enabled WiFi router. So unlike the standard single WiFi router, with a Google WiFi you have the capability to have more than one WiFi points. Though it can be costly but the functionality overweighs the cost. 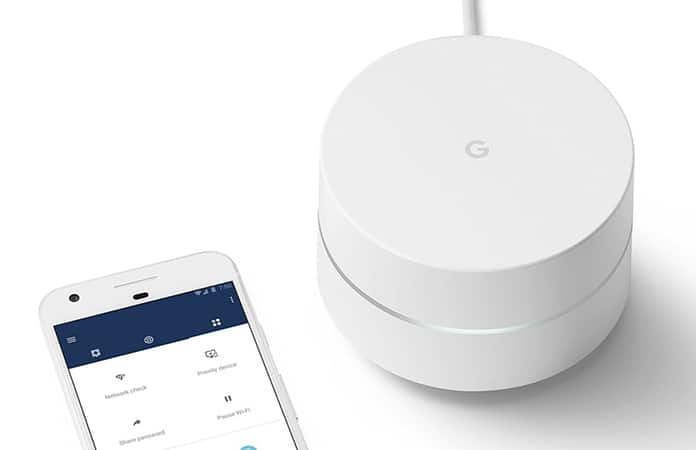 Note: If you are living in a house which is larger than 500 Sq. Ft. then you might suffer from the WiFi blackout points. Hence setting up multiple WiFi points in each room, you eliminate blackout points and ensure a smoother and stable connection.

Moreover, with all the WPA2 attacks, most of these standard WiFi routers are susceptible to hack. Whereas, these Google WiFi alternatives and Google WiFi are more secure. Let’s check the price of a Google WiFi point, it will cost you around $112 from Amazon. Though it will set you back, but you will have a secure connection and peace of mind.

So Google is not the only player when comes to WiFi systems, there are many in the market. You can find these Google WiFi alternatives at a better price or a more functionality than Google itself.

Important: We suggest you check out all these Mesh-enabled WiFi routers below, before purchasing the Google WiFi or Google WiFi alternatives system.

One of the cheapest Google WiFi alternatives is the Luma WiFi system. Below the price tag of $300, you can get a bundle of three Luma WiFi points. It has superfast WiFi connectivity and does not have any dead zones and no buffer zone. 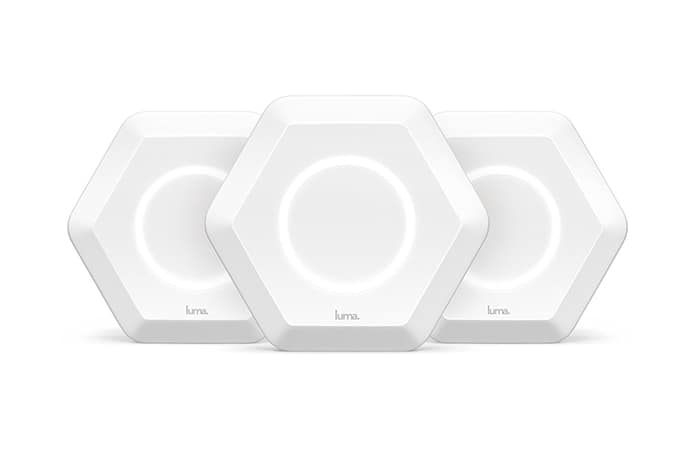 Luma takes security to the next level by scanning the devices all day long for any malicious malware virus. Furthermore, the control is absolute with you through the Luma app. It also enables you to freeze the net, give devices priority, allow access to guest and remove any unwanted devices.

Luma is one of the cheap WiFi alternative systems. At under $300 you will get a set of three WiFi points which you can use to bless your house with ultra fast WiFi connectivity with zero dead zones and zero buffering.

AmpliFi HD is one of the sleekest and unique Google WiFi alternatives. So if you want both the aesthetics and the performance, go for it. AmpliFi mimic the look of an amplifier but it is not and will work perfectly. 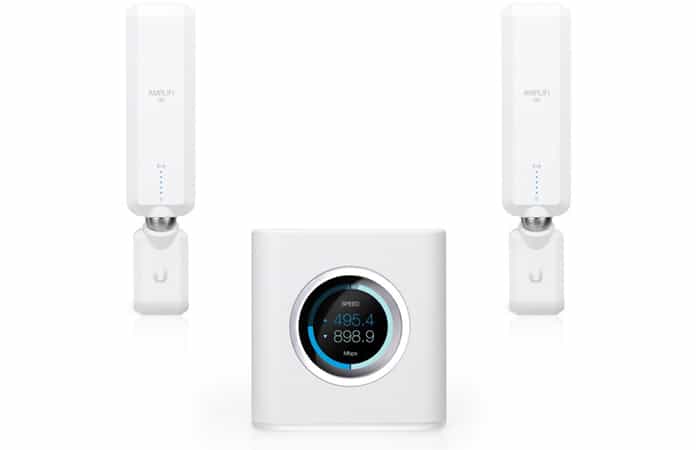 AmpliFi is a plug and play Wifi system, which means you can hook it up in any room and don’t worry about any dead zones. It also comes with an exclusive feature, a smart touch display. Furthermore, this Wifi system like other has its own app, the AmpliFi app.

Other than that it comes with a Dual Band 802.11ac WiFi router. So it will give you a great coverage for its price point. So, if you are looking for a cool looking Wifi router with a good coverage, then, by all means, purchase the AmpliFi HD.

Buy it now from Amazon

Eero Home Wifi System is another great Google Wifi alternative which comes with a router and two beacons. You use this beacons to then amplify the Wifi signal. Now, this is a fairly simple router in the market and is easy to setup, like a piece of a cake. 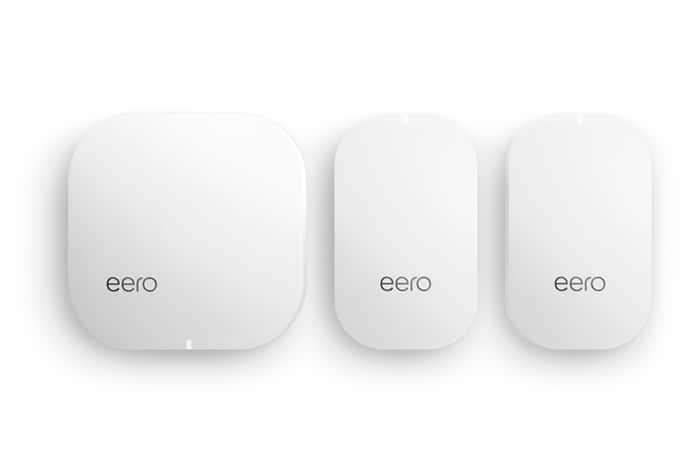 For a four bedroom house, you can use 3 of these Wifi points. Few of the worthy features that it has is the ability, to automatically (can be done manually as well) update security checks. It also sends Gigabit of speed, parental controls, Amazon Echo integration and more.

Read Also: How to Share WiFi Passwords in iOS 11

For a 4500 Sq. Ft. house you need technically 3 Google Wifi points for a smoother connection. Though if you use the NetGear Orbi Wifi then you will only need to purchase 2 of the Wifi router. It will roughly provide you with a 5000 Sq. Ft. coverage, so you are getting more for less. 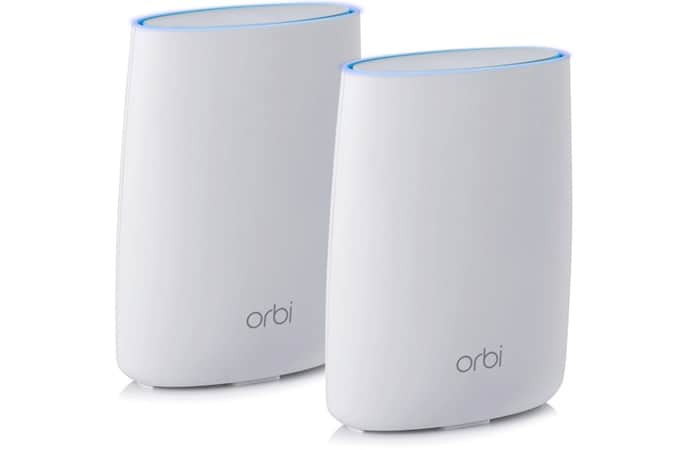 Moreover, NetGear Orbi has a Tri-Brand technology which means that it will build a backhaul connection. Henceforth, when adding more device to the router, you won’t lose any data flow. Plus, you can setup a separate network for guest and have complete privacy with your connection. This can be done with Orbi app, and it is also compatible with the smart speakers Amazon Echo (Alexa).

LinkSys Velop is a well-known brand and very powerful compare to the others. It is also an expensive device. It comes in a set of three Wifi points that can cover a lot of 6000 Sq. Ft. So every nook and crannies are covered by this Wifi router and you get the 100% of the speed. 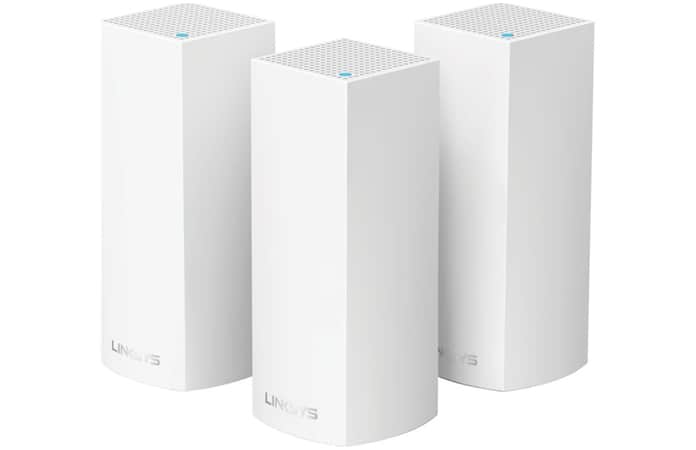 Like the other Google Wifi alternatives, this also has similar features. You can use the LinkSys app to setup your system. However due to any reason, if a single Wifi point is disconnected the other points by default, will re-connect with the internet.

Order it from Amazon.com

Again, if you’re tired of Wifi dropouts, dead zones at places where you specifically need the internet. We advise you to invest in any of the aforementioned Mesh Wifi systems. You might have doubts for the other Wifi routers and may opt for the Google Wifi system, because of Google. Rest assured all of them works fine and in some cases works better than the Google Wifi system so don’t be afraid to give these Google Wifi alternatives a chance.

Read Next: Find WiFi Password on Mac Without Resetting your Router

So, let us know in the comments which of the above mentioned Wifi systems you’re purchasing? Also, tell us if any other Wifi routers we have missed and you believe it should be mentioned in the list.