Apple has been releasing some of the best features in iOS in the history of operating systems for different machines. Just like Windows, iOS is a widely used operating system in the world. Millions of people are using iOS nowadays in various devices including mobiles, tablets, and computers. The best thing about Apple’s operating system is its features. No other OS has as useful and amazing features as iOS has. Whether it comes to smoothness and reliability of software of we talk about the versatility, Apple has beaten every OS in the last years. It was started with a simple version, but now it is considered the software beast. 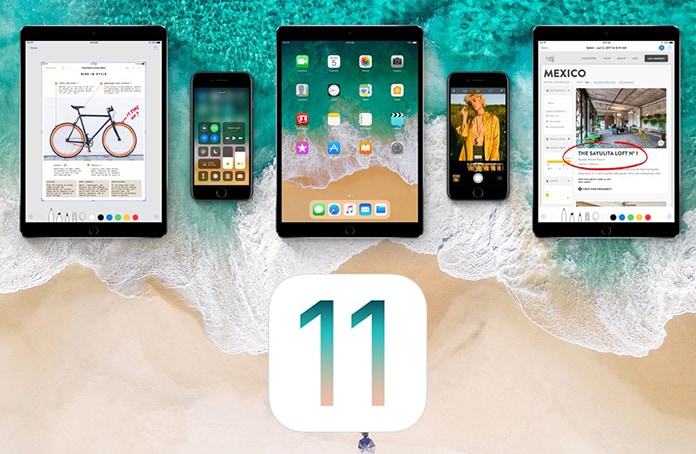 Apple launches its software updates after time to time. It doesn’t matter which iOS model we talk about; we will find some of the best features in it of that time. The new release of Apple’s software is iOS 11, and it has a lot of different new features that are amazingly incredible. All the latest releases of Apple support this iOS as well as some old models like iPhone 5s and iPad mini 2. When the update was released, almost every Apple user asked that if his device is supported with iOS 11 or not.

The main thing of iOS 11 is it is just supported by 64-bit devices and all the devices before iPhone 5s are not supported. On the different hand, when we discuss iPad and iPod models, there is a list of devices that support iOS 11. Below is a list of all the Apple devices that support iOS 11. If you have one of these devices and you haven’t updated your Apple device yet, you can easily do this from the device’s Update.

Just like iPad models, here is a list of all the iPhone models that support iOS 11. You can easily update your device to iOS 11 if you have the following models.

There is a list of iPad models that Apple has released till now. But it’s not necessary that every iPad model supports iOS 11. As we mentioned earlier, iOS 11 is only supported on 64-bit devices. Here is the list of iPad devices for iOS 11.

There is only one iPod touch model that supports iOS 11. The iPod touch with Sixth Gen. architecture is supported with iOS 11.